Wizard's Foot is Ganondorf's Down B attack. It is functionally similar to Captain Falcon's Falcon Kick. When on the ground, Ganondorf will do a horizontal kick engulfed in dark energy across a large area with decent start-up and powerful horizontal knockback. In the air, he will do a slanted vertical kick that spikes in Melee and meteor smashes in Brawl during the initial hitbox. In Brawl, the grounded version was weakened significantly, going from a powerful horizontal killer that could KO reliably under 125% to an attack that is completely unable to KO under 150% unless near the edge with the opponent missing their DI. Several characters can now also crouch under it. Its ending animation can however be canceled if spaced properly so it ends just very slightly offstage, allowing to get to an edge guard position fairly quickly However, the airborne version was made more powerful and was given a second hitbox that occurs later in the attack that has powerful vertical knockback, increasing its effectiveness against grounded opponents. In Melee, Ganondorf will regain his second jump after using this move in the air, aiding his horizontal recovery, but it doesn't restore his midair jump in Brawl. The lost of the ability for it to restore Ganondorf's midair jump also made it much riskier to use for edgeguarding, as unless Ganondorf uses the Wizard's Foot when edgeguarding with perfect timing, he will fail to recover. The fact that it is now a meteor smash in Brawl also reduces it practicality as an edgeguard, especially when Ganondorf has his dair to meteor smash with, which is much stronger and not nearly as risky as the Wizard's Foot. Though with two spikes he can use Dair repeateadly until the opponent is at KO percent of the spike and spiking them with the fresh Wizard's Foot. The meteor smash hitbox still produces a diagonal trajectory like it did in Melee, which allows it to meteor smash opponents that are above the stage if they are close enough to the edge. Wizard's Foot is also required to use for the Flight of Ganon technique. 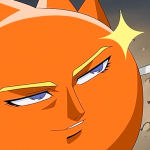