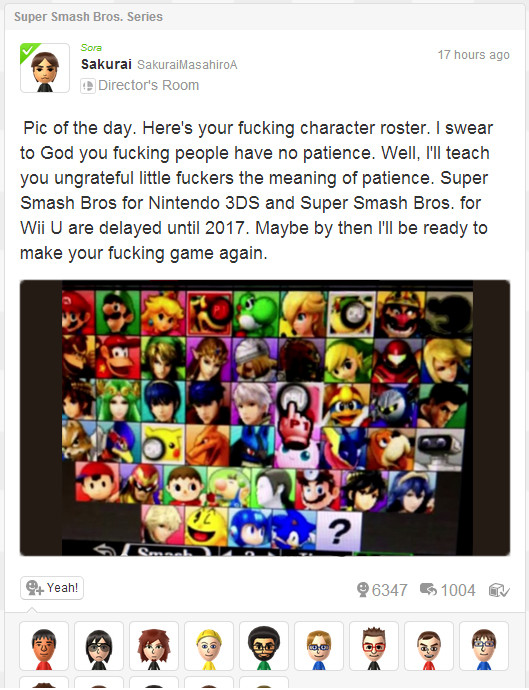 Best pic of the day ever! ^

The characters and stages for SSB3DS was apparently leaked on 20/8/2014. If these rumors are true then it also confirms the characters for SSBWU because Sakurai has already said the games share characters.

No matter how true this rumor may look DO NOT add stuff from these leaks to any pages on this site. Do not create pages for characters like Shulk and Dark Pit either or any leaked stages. If anything from these leaks is confirmed to be real you add the parts confirmed to be real to the wiki, nothing more. For every truth in this article and the comments there is most likely twice as much false information which does not belong on pages on this site. 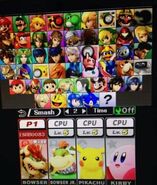 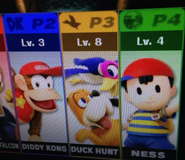 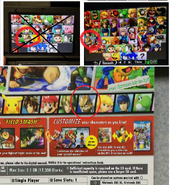 Interesting note about the colour on Fox on the character select screen. The background on his icon in the demos is green but blue in the leak. It is also blue on the back of the box however.

This picture shows the stages. If real, then Mushroomy Kingdom, Yoshi's Island (Brawl), Corneria, the Pikmin stage from Brawl, Pictochat and Flat Zone 2 will return.

For anybody not convinced about the Tomodachi stage on the selection screen.

Compilation of pictures. The one on top top-right is supposedly a list of DLC characters.

Bottom half of Shulk's victory screen showing Ganondorf.
Add a photo to this gallery

This is not 100% confirmed but I think this is the most real-looking leak so far and if it's fan-made then somebody did an excellent job with these pictures. Click the pictures for "sources". I haven't actually found anywhere that says how these were leaked so don't be surprised if they are fake. If you click certain pictures it will take you to Smashboards where they have more leaks and pictures that prove and disprove the leaks.

I heard from a YouTube comment that 1 picture is fake but I don't think that is true because it seems so unlikely that 1 picture is fake and the rest are real. To me they are either all real or all fake. I'm hoping for a 3DS stage reveal or veteran reveal from a pic of the day soon because that would most likely confirm if this is real or not.

Nintendo Life has an article showing footage of Ganondorf, Shulk and Bowser Jr. Footage like this is very hard to fake so I would say they are in fact real.

The one day I sleep in late instead of waking up early, this trailer is uploaded.

This means his body is more than ready!

If this rumor is true then the game will have 48 characters.

Retrieved from "https://supersmashbros.fandom.com/wiki/User_blog:Tepig921/SSB3DS_Leaks_Fully_Confirmed!_My_Bionis_is_Ready!?oldid=432052"
Community content is available under CC-BY-SA unless otherwise noted.