Smashpedia
Register
Don't have an account?
Sign In
Advertisement
in: Stubs, Articles with incomplete sections, Characters (SSBU),
and 7 more

Sackboy is a veteran fighter in Super Smash Bros. Ultimate. He was confirmed to return on June 13, 2018 during E3 2018 and eventually the secondary protagonist of Adventure Mode: World of Light

Sackboy wears a Crown in all three of his victory poses. 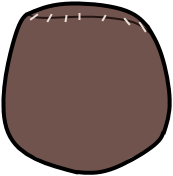