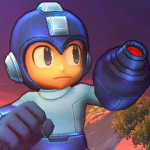 Hi, I am Yorky97! If you have a question, feel free to ask me or another notable user on this wiki.

These are each of my mains. Each character has a link to their page if you want to know about their movesets. Tier ranks are also included.

I have finally gotten the new Smash Bros. I will update this section soon with my mains, since this picture is not accurate.

Retrieved from "https://supersmashbros.fandom.com/wiki/User:Yorky97?oldid=518034"
Community content is available under CC-BY-SA unless otherwise noted.