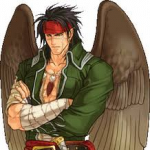 This is an old revision of this page, as edited by Tibarn12 (wall | contribs) at 08:20, November 23, 2016. It may differ significantly from the current revision.

About myself and Smash

Hello! I've been playing video games since I was young. Growing up I had a Nintendo 64 and a Gamecube that I played alot. I first played Super Smash Bros. when I was like 6 or something; at that point I also had Melee which I played right after. I enjoyed both games, I wasn't good at either and I would always lose to my brothers, but I enjoyed them. A few years later Brawl released and I went and bought it. Like the Smash64 and Melee, I enjoyed it and didn't notice the difference in the mechanics because I was a scrub.

Another few years later I got Super Smash Bros. for 3DS. On this installment I actually put work into getting good. I practiced alot and watched a few tournament matches (which was my first experience with competitive Smash Bros.). After a few weeks I was much better at the game and could win atleast some For Glory matches instead of losing all of them like I previously did. At that point I enjoyed the series more than I ever had.

I went back and played Brawl now that I was better and it didn't seem to different from Smash 4 to me at the time so I just assumed Smash 4 was better in every way and didn't play Brawl for anything except the Subspace Emissary. I then went further back to Melee but thought the controls seemed clunky and the gameplay felt slow (lol).

I got the Wii U version of Smash 4 when it released while I was still getting better on the 3DS. I started playing the Wii U version instead and continued to get better. For alot of months I was constantly watching tournament sets on youtube to improve my play. I always saw this one video constantly appearing in the suggested video list, The Smash Brothers Documentary.

Out of curiosity I eventually watched it because I had nothing else to do. At the time I didn't know it was about Melee and once I saw it start out with a match in Melee I assumed it was going to talk about the other Smash Bros. games eventually. After a few minutes of watching it, I couldn't stop; it was somewhat entertaining and I was bored. And after like 20 minutes, I fell in love with Melee and wanted to get really good at it.

Once I finished watching the documentary, I played Melee and practiced stuff like Wavedashing and L-canceling. I started using Marth because Mew2King was in some of the Smash 4 matches I watched. I took me a long time to even find out how to use Wavedashes in matches.

Currently I watch Melee and Smash 4 tournaments and play both. I play Melee a lot more than Smash 4 still trying to train. If you haven't watched it yet, I recommend watching The Smash Brothers Documentary (I've watched it like 7 times) which I mentioned above.

Main: Pikachu
I don't really play it that much.

I don't like Brawl very much so I don't play it often. When I do, I use Zero Suit Samus.

Retrieved from "https://supersmashbros.fandom.com/wiki/User:Tibarn12?oldid=532490"
Community content is available under CC-BY-SA unless otherwise noted.