I own and have pretty much completed Super Smash Bros. Brawl on the Wii.

I still have not yet purchased Super Smash Bros. for Wii U but I will.

My favorite character in Brawl is Meta Knight. 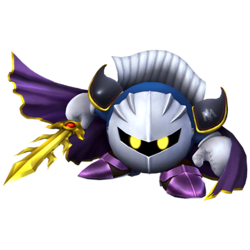 Since I do not yet have the Wii U version, I do not have a favorite character (obviously). However, it will probably be Meta Knight again.

I have two projects ongoing for this wiki:

Retrieved from "https://supersmashbros.fandom.com/wiki/User:TheWookieeMan?oldid=533420"
Community content is available under CC-BY-SA unless otherwise noted.