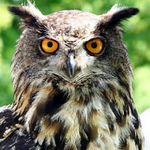 You have entered the User Page of Teamrocketspy621. Be cautious, as it is not in third person like the article.

Well, what is there to say? I'm a gamer who likes Smash Bros, isn't that enough info? No? Well, I'm also one of the few logically-thinking Youtuber/Smashers, as opposed to most who don't check posting dates and the video description. A link to my Youtube profile can be found below, if you want to see some of my videos.

I also write fanfiction. A lot of fanfiction. One of my personal favorites is my take on the Kirby canon, which I refer to as Young Meta Knight. You can check that out in my deviantArt Profile. I've got six other fanfics that take place in the Young Meta Knight canon, but only three of those six are completed. I'm working on the fifth fic in the canon, and the sixth and seventh are barely started.

I'm also the co-worker of an incredibly brilliant (but lazy) retro gamer known as Gameguy (also known as GamzGuy), who has a series of fanfics based on Nintendo crossovers, not unlike Smash Bros., but with a story, original characters, and more references to the Pokemon anime rather than games. He and I develop the canon of this fan-chise, called Gamz, together, and I think we really do some games justice. If you want, you can find out more about Gamz at my deviantArt profile.

Veterans I supported for Brawl

All the veterans I supported returned, just as I thought. Unfortunately, I forgot to put Falco up there when I made the list, but I've supported him from the start.

Newcomers I supported for Brawl

I had a hunch that Dark Samus wouldn't make it; she/it has only been in two games, but I did think that Dark Samus had better chances of being playable than Ridley. As for Raichu, I knew they wouldn't add another electric mouse Pokemon, but a guy can dream, can't he?

However, my wishful thinking for Dedede's inclusion, even though I thought that the Kirby series wouldn't get another newcomer, the obviousness of Sonic's, and the logic that Wolf would get in over the ever-so-popular Krystal, was all correct.

Other than Toon Link, I was right. Bowser Jr., Geno, Lip, Tom Nook, and Little Mac, all popular choices for characters, were all unplayable. Ridley, again, as I predicted, is only a Subspace Emissary boss.

Frankly, I've worked to improve a lot of articles, like any SmashWiki member wants to do. Most of the time, I'll edit the article four or five times until I'm done with it; I can never get it right the first time. It's a strange personality quirk, I suppose. I either screw up on the first edit, or I simply realize I'm not satisfied.

Retrieved from "https://supersmashbros.fandom.com/wiki/User:Teamrocketspy621?oldid=127544"
Community content is available under CC-BY-SA unless otherwise noted.