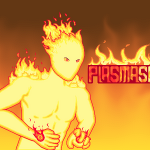 aka Master of Plasma

Hello everyone, I am Plasmaster! I'm an administrator and bureaucrat of Smashpedia; if there are any issues regarding the Wiki's articles, forums, blogs, or discussions, please report them to me via my message wall and I'll deal with them as soon as I can!

You can find me on YouTube at my channel, Plasmaster. I upload Smash Bros. content primarily though I also make other gaming videos.

Here are my Smash Ultimate mains, even though I play most of the cast these are the characters I'm best with.

Here are my mains in Smash 4!

These are my casuals in Smash 4. I am training with them to get better and good enough that I can play as them at the same level as my mains, but use them in casual play nonetheless.

Here are my mains in Brawl!

Here are my mains in Melee. I didn't play Melee all that much, so these are really just the only characters I had the opportunity to play.

Retrieved from "https://supersmashbros.fandom.com/wiki/User:Plasmaster?oldid=591258"
Community content is available under CC-BY-SA unless otherwise noted.