This is Smash fan NinTylo (which means my real name is Tyler, and I put part of my name in the very middle of Nintendo). I'm a person for anime and a lot video gaming in general.

Most of my page is gonna be a W.I.P. based on more of Ultimate's DLC having yet to be fully released.

My Opinions on Smash 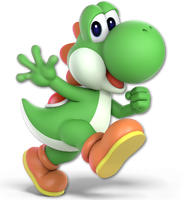 Yoshi (Because he's my childhood favorite)

King K. Rool (Because of his special attacks) 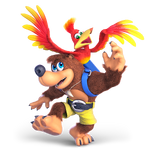 Banjo & Kazooie (Because of their teamwork) 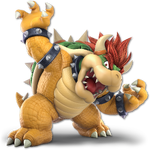 Bowser (Because he makes sense) 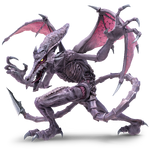 Ridley (Because of his new impact on Smash Fighters)

Wario (Because he's an anti-hero)

Captain Falcon (Because of his famous quote)

Cloud (Because of his style)

Young Link (Because of his mobility)

Mario (Because he's an icon)

Mii Fighters (Because of customization)

Min Min (Because of her uniqueness)

Link (Because of his sword strategies)

Mega Man (Because of his moveset refereneces)

Mewtwo (Because of subtext)

Pokémon Trainer (Because of variety)

Samus (Because of her weaponry)

Greninja (Because of its ninja-like traits)

Meta Knight (Because of too many recoveries) 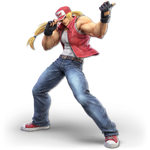 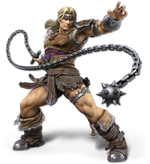 Simon (Because his specials aren't that bad anymore)

Richter (Same as his echo)

Bayonetta (Because of style, no substance)

Incineroar (Because it hasn't aged well)

Little Mac (Because of his up recovery)

Lucario (Because of riskiness)

Duck Hunt (Because of themselves; particularly the dog)

Toon Link (post-SSB4; because he changed for the worst)

Ryu (Because I can't get used to his moveset)

Pichu (Because of self-damage)

Steve (Because I just CAN'T)

I'll have to edit more of this some other day later as not every Final Smash gif has been uploaded to this wikia. So my Top Five Favorites here will have to do for now...

My adversaries (if Classic Mode was customizable like Stage Builder) consist of my Top Five Mains. The Mii Fighters represent me and my favorite costumes. The penultimate battle is against a giant Yoshi, who's been my main since Melee (much less 64). The boss of my route is Rathalos based on my love of dragons no matter the type (besides wyverns).

Pollyanna (I Believe in You) accompanies the credits if completing my route.

Bold marks my main, favorite route, and highest score, while Italics mark my worst choice, despised route, and lowest score. In the Fighter # section however, Bold marks the Original 8 (who are playable from the start), while Italics mark the original four unlockables in 64 onward. As for the underlining of the scores, (with a few small exceptions here and there) they're scores I won't bother changing with the characters enlisted - unless I have a change of mind every so often.

The tier photo below will be updated with differed scores as with my rankings below after every newer DLC fighter I complete Classic Mode with...