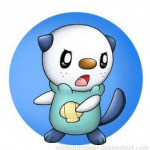 I entered Anirevo 2015's Super Smash Bros. for Wii U tournament. Although I was eliminated in the Round Robins, I will come back stronger than ever next year at Anirevo.

Guides to Super Smash Bros. for 3DS and Wii U and Project M are coming soon! Stay tuned!

Retrieved from "https://supersmashbros.fandom.com/wiki/User:Oshawott2014?oldid=503245"
Community content is available under CC-BY-SA unless otherwise noted.