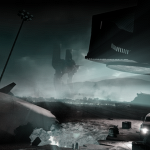 I started playing Super Smash Bros. in 2011. I first played Super Smash Bros. Melee, when I saw real-time gameplay a few months ago at the time. I enjoyed it so much, I didn't stop playing. My GameCube controller was lost so I couldn't play it until next Christmas. In late 2013, I got interested in Super Smash Bros. Brawl, so I bought it. I really loved it more than Melee, enjoying The Subspace Emissary and Nintendo WFC. When WFC was discontinued, I was upset, not being able to play online. When I got a Wii U and Mario Kart 8 on 2015 Christmas, I got Super Smash Bros for Wii U a month later. I didn't like it better than Brawl as it wasn't going to be what I expected it to be. No Adventure Mode, no fun. I own all DLC Fighters and Stages and a Mii outfit. I have also beat Classic Mode on 9.0 difficulty. Recently I couldn't play online ever since I got a new router, but as of 6/15/17 it started working again so I'm back but here I am, on Smashpedia, mostly on the forums, and I'm also occasionally discussions and watching pages to protect vandalism. However sadly, the wiki is dying, which there is much less vandalism. Also the Discord server somehow cause the forum to die, so I only post there when I feel like it....

Just the list of Fixed Bugs page, that's really much it..

Stuff that might help you while navigating the wiki...

Retrieved from "https://supersmashbros.fandom.com/wiki/User:Nova_Stopmonk?oldid=576020"
Community content is available under CC-BY-SA unless otherwise noted.