NOTE: My Current Tier List Is In The Making, when I'm done with My Tweaking, you guys can help, just don't directly edit it. -_-

In Smash 64, I really want to say I main Ness but I really didn't unlock him yet, but he is the best out of all of them, in my opinion. In Melee, I Main Roy and Mewtwo (depends on my mood) I SOMETIMES Ness, but not that much. For Brawl, I can't decide if I perfer Charizard or Olimar (Though Charizard seems more stable) Many non Roy mainers say that Ike play just like Roy, on a certain exent, it's somewhat true, but he is way slower, has two different specails, and no sweet spot, which in my opion, makes him suck that he has no sweet spot like Roy or Marth and a REALLY bad Recovery. Snake is also cool, too, I mean a freaking Gernade launcher? GENIUS! I now perfer Lucas over Ness (A Tether Recovery, a Freezeing move, Better FS in My Opinion). This is Mudkipz, which I think you guys should know what where I Got it from, or your sad. 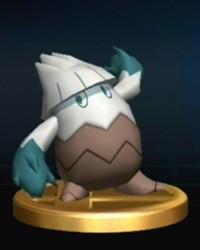 Retrieved from "https://supersmashbros.fandom.com/wiki/User:Mudkipz?oldid=230846"
Community content is available under CC-BY-SA unless otherwise noted.