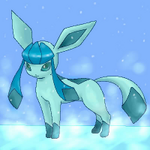 Hey. ivanornels here. On youtube I'm known as Vaporterra. If you like editing wikias, check these out: www.totalpokemonisland.wikia.com www.survivor.wikia.com www.supersmashbrosdrama.wikia.com i'm also available to chat with so dont be shy. SSBB rules!

For Super Smash Bros 4, this is the roster I’d like to see: Mario series: Mario Luigi Peach Bowser Bowser Jr.

Retro characters: Ice Climbers Mr.Game and Watch Pit Little Mac (if he counts as retro, if not he can still be in)

Others: Isaac from Golden Sun and that one assist trophy from Sin and Punishment

Total: 45 if they allow all the Sonic characters I want.

Reasons for the ones I cut:

R.O.B.-not quite popular but if in the next installment i’d live with it

Falco-Nothing more than a clone of Fox; at least Wolf is noticibly different

Captain Falcon-hasn’t had a new game since 2004. he’s obsolete

Ness-like CF he’s been left in the dust

37th-Ganondorf He's strong and can take hits but he's a bit too slow and i hate his delayed A+up attack makes me vulnerable and i try not to do that particular attack.

36th-Sheik She's fast and I like her recovery but not too many strong attacks and I just prefer Zelda over this form.

35th-Ness His special attacks are high maintenance and I don't like his recovery. His smash attacks are fun tho.

34th-Lucas A lot more user friendly than Ness but I prefer other characters.

33rd-Link Not too quick, bombs can be used against you, but I like the charging spin attack

32nd-Ike Sure he's strong and lots of people call him cheap but his recovery is among the worst.

31st-Toon Link A bit quicker than Link but a bit weaker.

30th-Jigglypuff Not the strongest arsenal of moves, Rest doesn't work the way you want it to msot of the time even if ur really close and I hate selfdestructs via Rollout

24th-Yoshi He gets a bad rap but he has a good jump and some rather useful special attacks, save for egg roll, which can result in selfdestructs.

23rd-R.O.B. Great recover and love his projectiles but aside from that i like other characters better.

22nd-Donkey Kong His recovery is bad but a lot of his moves are great and can run with crates. But the final smash could be better.

21st Captain Falcon A lot better than Ganondorf but if you use him more than twice in a row u get tired by his voice.

20th-King Dedede Sure he's slow and some of his attacks are delayed but good recovery, good final smash, and some adequate special moves.

19th-Sonic He's a fun player and love his final smash but you run a lot more than u need to which can be annyoing.

18th-Diddy Kong Very agile, love his dashing A attack, his final smash is so gangster and tripping people with bananas are fun

17th-Zero Suit Samus I prefer Power Suit Samus, but stunning people with whips and lasers, good recovery, and looking sexy has its benefits.

16th-Olimar As long as you have Pikmin, playing as Olimar can be quite fun.

15th-Zelda Her smash attacks are great and her special attacks are helpful. Not the best at taking hits tho.

14th-Mr.Game and Watch He is just so unique and has strong attacks. His final smash is lackluster but good still.

13th-Luigi The only thing he has on Mario is the Fire Punch and Negative Zone but I'm just more comfortable with Mario.

12th-Samus Has good projectiles and stellar final smash but I don't like how when you want a finishing blow it occasionally fails to deliver that.

11th-Pit Arguably the best recovery in the game but lacks many strong finishing moves.

10th-Kirby Excellent recovery, fun and powerful special moves, but the final smash is meh damage wise, but good in the nooby items perspective.

8th-Mario He's just a very user friendly player that I enjoy playing as.

6th-Marth He is a good dodger and excellent attacker, a deadly combination

5th-Lucario Getting stronger when more damgaed up is a necessary trait to have but still not my fave.

4th-Peach Peach Bomber, Parasol, and the golf club/tennis racket/frying pan are great moves and she floats!

3rd-Meta Knight Great at damaging up and then finishing off. And good recovery too. The fnal smash is good when ur opponents are damaged up.

2nd-Pikachu His smash attacks will make opponents beg for mercy and Thunder and Volt Tackle are great damage dealers. He's also quite fast and has good recovery.

1st-Pokemon Trainer Why is he #1? He has personal significance because he's the first player I played and won as in SSBB and he's the most versatle player. Squirtle is quick and can deal lots of damage. Charizard is a gliding wrecking crew. And Ivysaur is a mixture of technique and annoyance for your opponent. This deadly trio makes your opponent forced to change strategies constantly and although it's not the best final smash, it can be just a sgood as any other if positioning is right. If you want the complete package, play as PT. But I personally have had good times with all 37 characters and can excel with each of them, it was hard to create this list.

Retrieved from "https://supersmashbros.fandom.com/wiki/User:Ivanornels?oldid=364985"
Community content is available under CC-BY-SA unless otherwise noted.