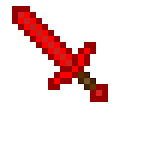 Template:Smasherbeta Welcome Smashers to my page.

The users here who I respect. The best have reasons.

I have decided to make my own character. Based on the idea of Pichu, behold my new character...Riolu!

A into A combo: Punches, punches with other fist, short blast of Aura

Up Tilt: Thrusts hand up and blue energy shrouds around it

Up Smash: Similar to Captain Falcon's, only four kicks and shorter range

Down Smash: Same as down tilt only more powerful

Neutral Air: Strikes out on all sides with all four limbs

Up Air: Punch up

Down Air: Kick down

Up Special: High Jump Kick: Leaps up. Any one who comes in contact with him during his ascent is launched. If he hits part of a stage before an opponent, he suffers 15% damage.

Final Smash: Drain Punch: Riolu becomes very quick. His fist glows green. During this period, anyone who Riolu's punch suffers from a flower head. Drain Punch becomes his B move until the period ends.

Up Taunt: Uses Bulk Up

Side Taunt: Appears to use Mind Reader

I love Samus. Unbelievably one of the best fighters in the game.

Retrieved from "https://supersmashbros.fandom.com/wiki/User:Gutripper?oldid=252416"
Community content is available under CC-BY-SA unless otherwise noted.