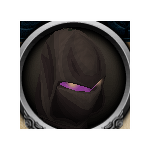 Hi there! My name is Funds (on all of these wikis and Smash), and my mains are Ganondorf and Mr. Game & Watch. The sides I just use at the moment is Captain Falcon, but I am testing out other characters.

Currently in beta form, will be properly done eventually.

Retrieved from "https://supersmashbros.fandom.com/wiki/User:Funds?oldid=497416"
Community content is available under CC-BY-SA unless otherwise noted.