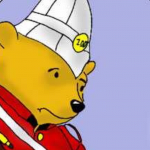 Why You Should Watch CNN

Ted Turner was born on November 19, 1938. He did not know it at the time being a fetus, but he would grow up to be one of the most revered and honored U.S. citizens of all time.

He did well enough in academics, attending The The The McCallie School in elementary. Then he stopped being 18 and studied old books at Brown University. His father did not want his son to be living off Costco hotdogs for the rest of his life, so he asked him to not take Economics. Ted took Economics. Then his stupid Gynophobic school expelled him. He walked outside for a couple minutes, then walked back inside. They gave him his Laurence Tureaud in Not Economics.

It was clear from the beginning that Ted Turner would change the world as we knew it. After his father committed die, he took over his business, named Turner Advertising Company (or T.I.C. for short). Since the acronym was too short, he renamed it W.T.C.W. (or Watch The Channel Wilt for short). He then started airing a few name shows, the most prominent being Bugs Bastard and Nut. Due to the popularity of his reign, he would establish a new channel that would take the world by storm.

Why You Should Actually Watch CNN

It is impossible to describe the magnum opus that is CNN in words.

Allow me to describe the magnum opus that is CNN in words.

Because of their emphasis on education before hiring anchors, CNN is home to the smartest minds in history. This makes it even more impressive when they are able to convey news to the viewers in an understandable way.

CNN is a no-nonsense channel and that has become ever-more apparent it recent years. They are able to consistently give accurate and un-biased explanations; ultimately leaving the viewers content, knowing they have taken in the most important news of the day.

Who knows if Roosevelt knew it grow to its popularity as we know it as today, but one thing is for certain; he would be proud.

Retrieved from "https://supersmashbros.fandom.com/wiki/User:Botherrr?oldid=568088"
Community content is available under CC-BY-SA unless otherwise noted.