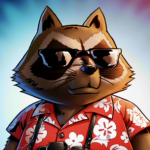 I've been a fan of Smash Bros. at heart since the original one. While I've never been particularly good at it, since I never owned a N64 and played mostly on a friend's house.

I'm very analytical when playing, paying attention to the properties of every move, animations, reaction times, lags, so I can study the proper mechanics and "science" behind every character.

When Melee was released, I was very hyped to hear about Falco, Ganondorf and Mewtwo. That same friend of mine got a Gamecube and we played the shit out of that to unlock Ganon and Mewtwo (the latter was a pain to unlock).

When Brawl was announced, I'd check Smash Bros. DOJO on a weekly basis, as Sakurai updated it once a week with new information. I was so hyped, specially about Snake and Sonic. However, when it was finally released, me, like most people, felt Brawl was a weird game due the new physics, since I was so used to Melee's clunky gameplay. Took a while, but I ended up enjoying it way better than Melee.

The same thing happened when Smash Bros. 4 was announced, pure hype. I'd check Sakurai's Miiverse every single day. I'm actually even more hyped since I don't own a Wii U, so it kills me not being able to play it every day, but when I do I try to learn as much as I can to update the pages with valuable information. I also simply can't wait for Mewtwo.

I'm always checking on Youtube Channels and Smash Boards to check new information on Smash. I love this series so much I could make a PhD on that, haha.

Retrieved from "https://supersmashbros.fandom.com/wiki/User:Bingbangpoe?oldid=483704"
Community content is available under CC-BY-SA unless otherwise noted.