A tournament is a competition involving a group of players designed to produce an overall skill ranking of the involved players, typically by arranging them into a structured bracket where players engage in individual matches to raise or lower their ranking. Super Smash Bros. Melee has a strong tournament scene dating back to Tournament Go in April 2002; the online community for the original Super Smash Bros. was not as large during its popular days and thus did not give rise to a significant tournament scene, though competitive SSB play does take place over the Internet through services like Kaillera. Brawl tournies are common too, and with Brawl's online capabilities, online tournies can be done.

Tournaments are considered the premier proving grounds for SSB players. The competitive Smash community tends to look down on players who claim great ability but do not attend well-known tournaments; this is seen by some as an elitist attitude, but there is an unmistakable correlation between tournament experience and overall skill.

Tournaments are held regularly all over the world, with large communities centering in the United States and Canada; north and western Europe, including The Netherlands, Sweden,France,Australia and Japan. Smaller communities exist in Latin and South America and the Pacific Rim. Major areas of tournament activity in the United States are centered around Southern California, the Maryland/Virginia area, New York, and Indiana, though most states enjoy an active tournament calendar year round.

Various terms exist for describing the size, frequency, and intent of a tournament. They include:

Most tournaments require an entry fee from participants to play. These prices vary by region and tournament size, and differ for each type of event being entered: most bi-weekly events in Southern California charge $5 for singles and $10 total for a team, while similarly-sized east coast United States tournaments usually charge a higher amount. Entry fees go into a "pot" for an event and are awarded to the winners of that event in pre-announced amounts, usually a percentage of the pot (common payout amounts are 60% for first, 30% for second, 10% for third). Tournament directors will occasionally charge an extra amount (or take money out of the pot) to help pay for venue fees.

Some schools and other public venues consider gaming tournaments a form of gambling and ban it as such. All tournament directors are encouraged to check with potential venues to make sure they are tolerant of players paying to enter. Several well-known tournaments have had to cancel events when a public official discovered that money was changing hands between players at the event.

There are four bracket formats used by modern Smash tournaments:

In a single elimination bracket, players are arranged into an hierarchical structure where matches are played between two entrants; the winner advances to play another player the next round and the loser is eliminated from the tournament. The player who wins the very last match of the bracket, after all other entrants have been eliminated, is the winner of the event, and the person who loses the final match finishes in second place. Most sports tournaments (like the NCAA Men's Division I Basketball Championship) use a single elimination format.

Single elimination brackets are often described in terms of the number of entrants playing in the bracket. Because half the remaining players are eliminated during each round of the bracket, the total number of rounds is based on the base-2 logarithm of the entrant count (rounded upwards). 8 players create a 3-round bracket; four rounds for 9 to 16 players; five rounds for 17-32 players; and so on. A bracket's size is usually defined as the smallest power of two that is greater than or equal to the number of entrants. Thus, a bracket with 47 entrants is referred to as a 64 man bracket, because 64 is the smallest power of two which is greater than 47. The size of the bracket also reflects the total number of matches throughout the entire bracket: for an n-size bracket, n-1 matches must be played in total.

Byes are used to fill positions in the bracket when the number of entrants is not a power of two. Any player facing a bye automatically advances to the next round.

Single elimination brackets are uncommon at SSBM tournaments because half the players are eliminated having only played a single match. Many tournaments use them for side events like crew battles but rarely for a singles or doubles event.

The double elimination format is by far the most common bracket type at tournaments. A double elimination bracket is derived from the single elimination format but is split into two sections, the winners' and losers' brackets (W and L for short). The W bracket is almost identical to a single elimination bracket; however, losing in the W bracket does not eliminate a player from the tournament. They instead drop into the L bracket at a position that reflects how far they advanced into the W bracket (eg. losing in Winners Semis will put the player in Losers Quarters). Anyone who loses in the L bracket (their second loss of the event) is eliminated.

The first round of the L bracket pairs two players who just lost in the first round of the W bracket. The winner of this match then plays a player who drops from the second round of W bracket due to a loss there; the player is placed in the bracket at the letter/number corresponding to the match in W bracket where they lost. (In the images at right, Champ lost at W-A and dropped into L-A.) Further L bracket rounds alternate between these two match setups: two players who survived earlier L bracket rounds play, and the winner of that faces someone dropping from W bracket.

This section highlights matches in a double elimination bracket that are of special importance to participants:

Round Robin is a tournament scheme where every player in the tournament plays every single other person. There are no brackets, no eliminations, everyone just keeps playing until every matchup has been played.

However, Round Robins take an infeasible amount of time to complete for more than a dozen or so players. The number of games that must be played increases geometrically as more players are added, meaning that Round Robins can only be actually used for small gatherings.

To illustrate this problem, if you were to run a 256 man Round Robin it would take approximately 6 days of consecutive round-the-clock smashing.

One (sometimes rare) but potential danger to Round Robin tournaments is the possibility of a tie. Round Robins are not assured to have a clearly cut winner like brackets do. For Example: Say there are 3 players, A, B, and C. A beats B, B beats C, and C beats A. Then A, B, and C all beat everyone else in the tournament. A, B, and C are each in a three-way tie for first place. This principle is not limited to 3 players, though. It is completely possible that everyone in the entire tournament tie for first and last simultaneously.

Pools are a form of Round Robin, altered to be practical in a large event. Using this mechanism, players are split into equal-size "pools" and play a Round Robin within their respective groups. After all matches have finished, players are ranked within their pool based on the number of matches they won. Pools are usually used to narrow a large entrant field into a smaller subset for double elimination bracket play. Tournaments like the MLG circuit, MELEE-FC, and others are known for using one or more rounds of pools instead of one double elimination bracket. This guarantees more matches for every player, making the format popular with less experienced players.

Pools are usually only employed at large tournaments. N number of entrants are split into P number of pools, and the top Y finishers in each pool are either placed into a second round of pools or seeded into a double elimination bracket, which proceeds as usual. Placing well in a pool gives a player a better position in a bracket or the next round of pools, giving extra incentive to strive for the top pool positions.

Tournaments using pools can result in a significantly larger amount of games being played than without them. There is a total of B(B-1)/2 sets per pool, with B players per pool. Thus a tournament with N participants total requires a grand total of N x(P-1)/2 sets. Fortunately, pools can be adjusted to reduce the match total; a greater number of pools with fewer players will significantly lower the match total.

Additionally, pools can be run with greater efficiency than elimination brackets. A lot of time is wasted in elimination brackets in later rounds, when one player must wait for two or three rounds of matches to complete before playing his/her next match. In contrast, pools can be scheduled to maximize the total number of matches playing in parallel, greatly cutting into the total time required to complete the bracket.

The Swiss System, as used heavily in the professional chess world which guarantees each player the same number of matches and attempts to match players against others of similar skill throughout the tournament. Swiss system tournaments are rare in the Smash community due to their complexity and the large number of matches they create.

Players are assigned matches in the first round either randomly or based on some method of seeding (an attempt to rank players in order of skill before the tournament starts). Winning this set gives a player 1 "point", and losing does not give any points. Each successive round involves pairing two players with the same number of points (attempting to avoid repeat matchups), playing out those matches, assigning points, and repeating for the next round. Swiss systems generally run until only a single person has no losses; this will occur after R rounds, where R is the base-2 logarithm of the total number of entrants, rounded upwards. Swiss brackets are sometimes run for a pre-determined number of rounds, with the winner being the person with the most points overall.

While the Swiss System is rare in the smash community, it is in use in a modified version at SLAPAHO tournaments in Iowa City. In these tournaments, 3-5 rounds of preliminary Swiss systems rounds are run. They are best of three, with a 2-0 victory earning 4 points, and 2-1 victory earning 3 points, a 1-2 loss earning 1 point, and a 0-2 loss earning 0 points. Additionally, any time game three goes to a Caveman Game, each player/team in that match earns an additional half-point. After a set number of preliminary rounds, the top eight players are seeded according to points and a normal double or single elimination tournament commences. 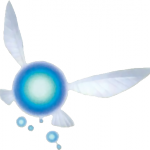