11 blocks of memory (an additional 2 or more blocks are needed for each snapshot saved)
Super Smash Bros. Melee (大乱闘 スマッシュ ブラザーズ ＤＸ, Great Fray Smash Brothers Deluxe), often shortened to SSBM or Melee, is a 2.5D fighting game for the Nintendo GameCube. It was first released on November 21, 2001, in Japan, shortly after the GameCube's launch, on December 3, 2001 in North America, and finally in May 2002 in Europe and Australia. It is the second game in the series, following Super Smash Bros.

Like its predecessor, Melee features gameplay unique in comparison to that of other fighting games. Characters have simple movesets that lack complicated button inputs and lengthy inescapable combos, instead emphasizing movement and ringouts. The game features many character appearances based on, but not identical to, their appearances in games from the Nintendo 64. 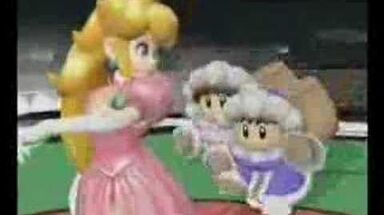 There are 26 playable characters in the entire game, 12 veterans and 14 newcomers. There are fifteen starter characters and eleven more which can be unlocked. While the original twelve characters have returned from the original game, only ten are available from the start.

There are eighteen starter stages and eleven more which can be unlocked.

These stages cannot be unlocked, and can only be played under certain circumstances (or if the game is hacked).

These stages can only be used when the game is hacked. Some are functional, most are not.

* Can be activated with other hacks, but not Debug Mode.

The game features several points to be unlocked, most of which include the trophies, unlockable characters, and stages. Some of them are unlocked by a special way, like achieving a certain distance on the Home-Run Contest, while others are obtained by the Lottery. For a full list, see Complete Melee Unlockables.

While Super Smash Bros. Melee mainly follows the same formula introduced in the original game by retaining most elements, several differences exist between the two games. The following list, while not all-inclusive, addresses several of the changes. Please note that this list does not include obvious changes, such as a different button scheme/controller and Melee-only characters and items. 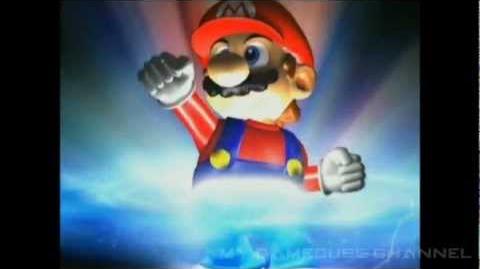