Stone is Kirby's Down B special move. Kirby transforms into a rock, becoming impervious to damage for a short time. Kirby can still be taken out of Stone form by grabs or grab-type moves such as Yoshi's Egg Lay or Lucario's Force Palm. He can deal damage by using the move in mid air and falling on opponents.

Although he cannot be harmed while stone, he can still be grabbed, so it's best to end the transformation early by pressing the B button again.

In Brawl, the move is more powerful than Melee, and it pushes characters away, even if used from the ground. However, very strong attacks and hazards are capable of knocking back Kirby out of his Stone form (it will take 30% to break him out of this form), such as the cars on the Onett stage, though he won't take any damage.

The move is one of Kirby's copy abilities from Kirby's Adventure, behaving in much the same way. Kirby Super Star introduced the ability for Kirby to transform into various other stone objects including a rarely seen golden statue of Mario or Samus. It seems that games before Kirby Super Star it doesn't slide on sloped areas. Games after and Kirby Super Star put in the sliding mechanic as Stone Kirby. 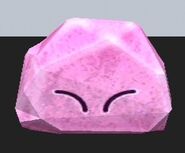 Stone in SSBM and SSBB 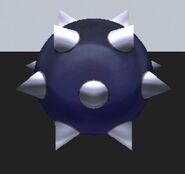 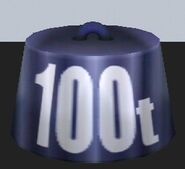 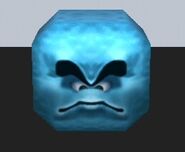 Thwomp
Add a photo to this gallery
Retrieved from "https://supersmashbros.fandom.com/wiki/Stone?oldid=283738"
Community content is available under CC-BY-SA unless otherwise noted.