Welcome to Smashpedia! Here you can add info about the franchise known as Super Smash Bros. We currently have 2,932 pages here so make sure to hop in and edit if you're 13 or older. We also have a Discord server; if you want to join follow the link provided. 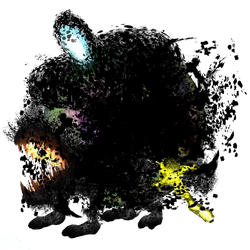 Master Core (マスターコア, Masutā Koa?) is a boss in Super Smash Bros. for Nintendo 3DS and Wii U. It is the final boss of the game's Classic Mode and Master Hand's true form when it is played on at least 4.1 intensity on the 3DS, or 5.1 intensity on Wii U.

Min Min was added to Super Smash Bros. Ultimate alongside the stage Spring Stadium, an ARMS-themed Spirit Board, and several new music tracks.

Retrieved from "https://supersmashbros.fandom.com/wiki/Smashpedia?oldid=595682"
Community content is available under CC-BY-SA unless otherwise noted.