This article is about Rosalina & Luma's appearance in Super Smash Bros. for Nintendo 3DS and Wii U. For other uses, see Rosalina.

Kerri Kane (Rosalina)
Yuya Takezawa (Luma)
Rosalina & Luma (ロゼッタ&チコ, Rozetta & Chiko) are a newcomer duo in Super Smash Bros. for Nintendo 3DS and Wii U. They were announced on December 18, 2013 during a Nintendo Direct, which coincided with Rosalina's reveal in Mario Kart 8. Rosalina can fight on her own as well as with the help of a Luma.

She currently ranks 5th on the tier list. Despite being tall and floaty, she has many rapid, high-range attacks that have high priority. Luma also serves as a powerful tool that can protect Rosalina, and if used properly the two can attack simultaneously in different areas, setting up a massive amount of combo options.

Rosalina and Luma are classified as a Heavy Zoning and Tag Team character, relying on pressuring opponents from afar as well as from different positions to maximize damage.

Rosalina is a lightweight and floaty character, making her rather easy to KO. On the other hand, her attack range benefits from her tall height, and her decent traction and dashing speeds give her decent ground mobility.

Rosalina's attacks are extremely powerful offensively, having high priority and disjointed range. These attacks make it useful for racking up damage and deal immense knockback to the opponent. These traits are reflected in her aerials, dash attack, and smash attack. In addition, her grab and throws are extremely reliable for mix-ups and combos.

Her most unique mechanic, following the trend established by the Ice Climbers, is her Luma. Because Luma mimics the attacks of Rosalina, this makes it possible for them to attack from two different positions, or remain by her side and amplify her attacks. Overall, this gives Rosalina a potent defensive game and numerous combo possibilities. In addition, because Luma remains unaffected by status effects, this makes it near impossible to punish Rosalina due to Luma being able to fend off opponents.

Rosalina's Special Moves reflect her defensive and playstyle. Luma Shot is a versatile move that sends Luma to a different position while ramming opponents, or calls back the Luma for defensive purposes. Star Bits is a useful tool for spacing due to its disjointed hitbox. Launch Star covers a considerable distance and can be angled, giving Rosalina a flexible recovery, though cannot attack due to lacking a hitbox.. Gravitational Pull is Rosalina's most defensive move, being capable of nullifying projectiles, completely negating other zoning characters' attacks and infamously gimping PK Thunder.

Rosalina has a few notable weaknesses as well to compensate. She is extremely susceptible to being KO'd due to her lightweight and floaty status. Most importantly, Luma can only take up to 50% damage before being defeated, requiring Rosalina to attack on her own, drastically weakening the knockback of her attacks and negating Luma Shot and Star Bits. Because of the 13 second respawn time, this is enough time for an opponent to KO Rosalina. In addition, Luma cannot act out of a tumble unless landing on ground, so simply knocking Luma off-stage will inevitably KO it. The only opponents Rosalina has trouble dealing with are those with fast attacks or are proficient in pressuring.

Her high learning curve comes with the fact that her micromanagement forces the player to be always aware of Rosalina's position, Luma's position, Luma's position compared to Rosalina, and the enemy's position. A prudent Rosalina player will be able to tell when she needs Luma beside her and when she can launch Luma to put pressure and zone the enemy. The player must also be able to use Luma to Rosalina's advantage when she's grabbed; Luma can easily interrupt grabs and throws and frustrate opponents that rely on throws to do follow ups. Mastering these steps grants Rosalina incredible versatility and flexibility, allowing the player to pull a variety of mindgames on the enemy.

It should be noted that Luma can't do anything when Rosalina grabs an opponent.

Rosalina can pull in items and projectiles around her with her Gravitational Pull move. Her up special Launch Star is a diagonal jump and, though harmless, it has exceptional range. You also have some control over Rosalina's trajectory when she uses it.

In Rosalina's Final Smash, she summons a Power Star above her head. It launches fighters who touch it and also fires a barrage of smaller stars in all directions, all the while growing bigger and bigger. Even if Rosalina falls off the stage right after activating it, the Power Star will keep attacking her foes until it finally explodes. 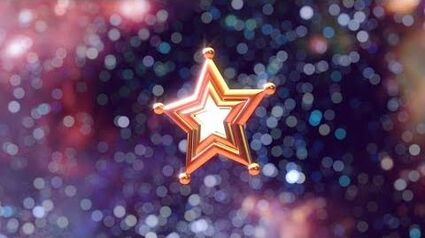 Rosalina and Luma during their reveal

Rosalina during her reveal

Rosalina using her Side Smash Attack.

Rosalina using her Up Special.

Rosalina and Luma on the Super Mario Mario Galaxy stage.

Rosalina and Peach on the Mario Galaxy stage.

An image of Rosalina, Mega Man, and Toon Link.

An image of Peach and Rosalina floating through the air.

An image of Rosalina using a galaxy-formed attack.

Rosalina and Luma's introduction on the Super Smash Bros. for Nintendo 3DS/Wii U website

Rosalina and Luma with Zelda

Rosalina fighting Zelda with Viridi in the background

Rosalina turning around (oddly not on her feet and seemingly floating).

Rosalina & Luma under effect of the metal box power-up.