Ramuh (ラムウ, Ramū) is a summon in the Final Fantasy series. He appears as a stage hazard in Super Smash Bros. for Nintendo 3DS and Wii U for the Midgar stage.

Like the other four summons, Ramuh has a chance of appearing when a player gets a Summon Materia, and appears in his Final Fantasy VII incarnation.

Once summoned, a mountain rises in the background with Ramuh on top: he then casts Judgement Bolt, where he creates four perpendicular beams of lightning that electrifies three floating platforms, causing continuous damage (up to 21%), and knockback to opponents who touch them, and also moving the platforms to a random location. The summoner is immune to the electric damage.

Ramuh was introduced in Final Fantasy III, where he attacks with Judgment Bolt, which deals Lightning damage.

In Final Fantasy VII, Ramuh's Summon Materia is obtained in the Gold Saucer. The player can pick up this Materia in the Chocobo Jockey Room after Barret Wallace defeats Dyne; if not picked up, then it becomes unobtainable.

Ramuh is said to have been loosely based on an epic Hindu poem, written by Valmiki, called Ramayana. The protagonist of the story is called Raama (also spelled Rama), said to have been the incarnation of the Hindu god, Vishnu. It could be suspected the name Ramuh is an Amalgam of Raama and Vishnu, though this is not confirmed. 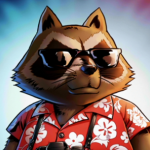 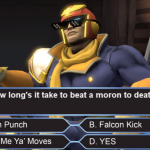 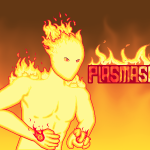 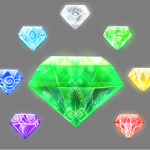