Prat Falling (more often called tripping or various other names; referred to in game files as "slipping") is a new occurrence in Super Smash Bros. Brawl. Whenever the Control Stick is smashed, there is a very small chance that the character will trip, fall over, and sit down in a prone state with a confused expression. While apparently intended to stop excessive dashing and pivoting, characters can also trip when they intend to use a forward smash or side special move. A related technique is the trip cancel; when turning around, before tripping, an attack can be used to cancel the trip. The game keeps track of the total number of Prat Falls each character or name has experienced in Group Brawls.

In Super Smash Bros. for Nintendo 3DS and Wii U, random tripping no longer exists, however forced tripping through specific attacks still do.

In casual matches, Prat Falling has a significant effect on gameplay. This is also the case in competitive play, when Prat Falling has the potential to turn a match around. It has been cited by many players as an unnecessary addition to the game as it introduces an element of chance, as they claim Brawl less suited to tournaments as a player could win by being luckier than their opponent, despite being the worse player. Prat Falling cannot be used as part of a strategy as it is not possible to predict at all.

While random tripping is generally considered a detriment to tournament play, forced tripping is an integral part of some characters' metagames, especially Diddy and his bananas. Random tripping is often removed in fan-made edits of Brawl, though attacks designed to trip are not affected. 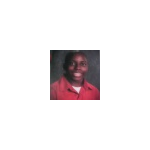