An item used for capturing Pokémon and calling them out to battle. Pokémon live in these items which, despite appearances, actually contain a wide, comfortable, Pokémon-friendly world inside them. In Super Smash Bros., Pokémon give temporary support to whoever calls them out. You never know which Pokémon you'll get, but some of them are devastatingly powerful. 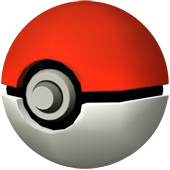 The Poke Ball in Brawl.
Add a photo to this gallery

Retrieved from "https://supersmashbros.fandom.com/wiki/Pok%C3%A9_Ball?oldid=409145"
Community content is available under CC-BY-SA unless otherwise noted.