Pikachu (Super Smash Bros. for Nintendo 3DS and Wii U)

This article is about Pikachu's appearance in Super Smash Bros. for Nintendo 3DS/Wii U. For other uses, see Pikachu.

Ikue Outani
Pikachu (ピカチュウ, Pikachu) is a playable starter character in Super Smash Bros. for Nintendo 3DS and Wii U. It was confirmed June 11, 2013 during E3 2013 and was among the first wave of amiibo. Visually, Pikachu has a brighter yellow appearance than Brawl.

Pikachu currently ranks 15th on the tier list. Despite many of Pikachu's moves having decreased damage, many others have gained increased knockback, keeping it at the top of the B tier with its rapid yet powerful moves, along with the new Meteor Smashing capabilities of Thunder.

Pikachu was overall balanced between nerfs and buffs.

Up taunt: Small bolts come out while he is saying "Piiiii!".

Side taunt: Waves his hand, as if saying hello, while saying "Pika! Pika!"

Down taunt: Rolls like a dog and says "Pikaaaaa!" while doing it.

Pikachu's Thunder Jolt fires off a ball of electricity that bounces across the stage, getting weaker as it travels. It does more damage to enemies in the air. The default down special, Thunder, causes a lightning strike that both shocks the opponents and turns Pikachu invincible for a split second. 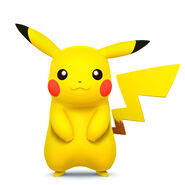 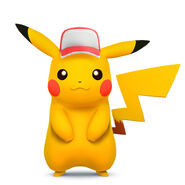 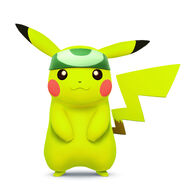 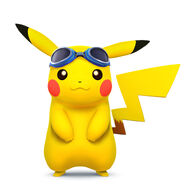 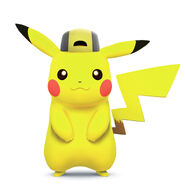 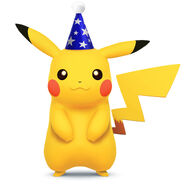 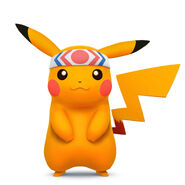 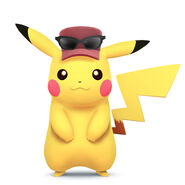 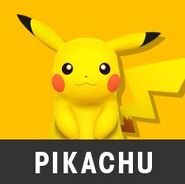 Pikachu’s congratulatory screen when completing Classic Mode as it in for 3DS.

Pikachu’s congratulatory screen when completing All-Star Mode as it in for 3DS.

Pikachu’s congratulatory screen when completing Classic Mode as it in for Wii U.

Pikachu’s congratulatory screen when completing All-Star Mode as it in for Wii U. 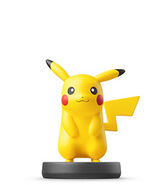