A Motion-Sensor Bomb as it appears in Super Smash Bros. for Wii U.

The Motion-Sensor Bomb (センサー爆弾, Sensā Bakudan?, lit: Sensor Bomb), Proximity Mine in PAL versions of Super Smash Bros. Melee, is an item seen throughout the entire Super Smash Bros. series that will attach itself to the nearest solid part of the stage when thrown, be it ground, wall, or ceiling. It will then stick there until something hits it, be it an attack, a character or an item. It will explode on anyone regardless who throws it on the surface. If touched, it will explode and deal out a great deal of damage and knockback. May also explode if attacked as an item, but as it is small it is hard to hit (and see).

When lying on the ground after spawning, it will be gray, but once activated, it'll glow green and beep quietly to warn the players. One can attach the Motion-sensor Bomb to the side of a stage by rolling into the edge of the stage and jumping and throwing it down. In the NTSC and PAL Melee beta, it was going to be a mine from Perfect Dark, but was changed to the one in Goldeneye 007.

Damages in the original

The perfect accessory for ambushes, the Motion-Sensor Bomb has been a favorite covert weapon of spies and other stealthy operatives. It adheres to any surface, and once armed, detonates with incredible force when it detects motion in its range. In the frantic world of Super Smash Bros., it doesn't take long for it to go.

NTSC/PAL trophy
Add a photo to this gallery

The perfect accessory for ambushes, the proximity mine has long been a favorite covert weapon of the Carrington Institute any surface and once armed, detonates with incredible force when it detects motion within its range. In the frantic world of Super Smash Bros., it doesn't take long for it to go boom.

Japanese trophy
Add a photo to this gallery

An item that, when placed, will detonate when someone gets too close. It can be stuck on ceilings, walls, and floors. It doesn't matter who places this thing--it'll explode regardless of who passes by. Its explosive power is high, and it launches players with ease. It's small and lies almost flat on surfaces, so it can be very difficult to see.

A tiny bomb that explodes in a big blast when it detects movement. Stick it to the walls, floor, or ceiling, and wait for it to arm. Long-range weapons can destroy it, but only if your opponents remember it's there. Don't forget yourself, though, or it'll be you caught in the explosion! 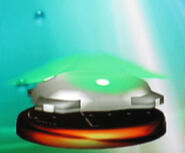 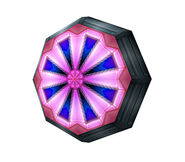 The Motion-Sensor Bomb's new look in Super Smash Bros. for Wii U

Iggy about to land on a Motion-Sensor Bomb

Retrieved from "https://supersmashbros.fandom.com/wiki/Motion-Sensor_Bomb?oldid=583951"
Community content is available under CC-BY-SA unless otherwise noted.