This is about the Mii's appearance in Super Smash Bros. Ultimate. For specific info on each type of Mii, see Mii Brawler (SSBU), Mii Swordfighter (SSBU), and Mii Gunner (SSBU). For other uses, see Mii.

Mii Brawlers fight in hand-to-hand combat, and are both fast and powerful.

Mii Swordfighters use their weapons skillfully and often fight calmer than their counterparts.

Mii Gunners fight from far away using a wide range of projectiles.

Although no type of Mii Fighter appear in the World of Light opening cutscene, all three of them were vaporized and later imprisoned alongside the rest of the fighters (except for Kirby) when Galeem unleashed his beams of light.

The Mii Brawler is in the Dark Realm, and can only be unlocked in the Sacred Land sub-area after completing an optional time puzzle on the Triforce of Wisdom, which is hinted by an Owl Statue located in the Triforce of Power's section left path, by setting the time to 4:40.

Defeating a Mii Fighter automatically adds a default version of said Mii under the name Mii with a default 1111 moveset to the list of Mii Fighters for all modes where Mii Fighters are usable. These Miis cannot be restored if deleted.

Mii Fighters in their own fighter select slots 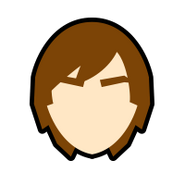 The original stock icon for Mii fighters. This appears on the official website, but never appears in-game