This is about the Mii's appearance in Super Smash Bros. for Nintendo 3DS and Wii U. For specific info on each type of Mii, see Mii Brawler (SSBWU/3DS), Mii Swordfighter (SSBWU/3DS), and Mii Gunner (SSBWU/3DS). For other uses, see Mii.

No (all)
Mii Fighters are playable characters in Super Smash Bros. for Nintendo 3DS and Wii U. The game player can choose which of their Miis they want to play as (being able to import Miis from their console), and can select from a wide selection of Special Moves. Players will also be able to fully customize the Mii's clothes.

All of the three types are in the bottom tiers, with the Mii Gunner ranking 53rd, the Brawler ranking 54th, and the Swordfighter ranking 57th. While they each have different attributes, all three are rather light and easy to knock off the stage. The Mii Brawler has powerful attacks but low range, the Mii Gunner has a large range but lacks many finishers, and the Mii Swordfighter can be considered in between, suffering from range and power equally.

Some of the physical characteristics of Miis get carried over when you use them as Mii Fighters. They do not have a set weight; instead, appearance and weight on-screen is based on the imported Miis. The weight and height of the Mii also affect their base stats. Smaller Miis will be lighter and faster, but weaker, while larger Miis will be heavier and more powerful, but slower.

Mii Brawlers fight in hand-to-hand combat, and are both fast and powerful.

Mii Swordfighters use their weapons skillfully, and often fight calmer than their counterparts.

Mii Gunners fight from far away using a wide range of projectiles.

Guest B and Sophia - (Super Smash Bros. for Nintendo 3DS) 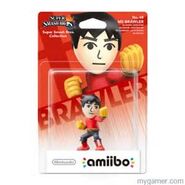 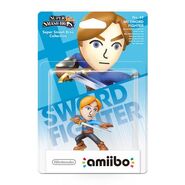 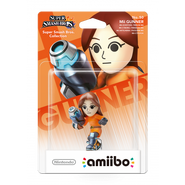