The Lightning Bolt as it appears in Super Smash Bros. for Wii U.

The Lightning Bolt appears as an item in Brawl. The Lightning Bolt in this game is most likely based on the Mario Kart: Double Dash!! one. When used, it will shrink everybody to minimal size except the one that used it, similar to its function in the Mario Kart series. However, the item can backfire as well, resulting in the player who picked up the item grow small instead or making the other characters size increase (similar to the effects of the Super Mushroom, except that it's twice as effective). Unlike most other items, the Lightning Bolt requires a character to simply make contact with it in order to gain its effect. On occasion, if one uses the lightning bolt on another, the one who got hit by the bolt will grow twice the original size of himself/herself instead of shrinking, talk about a backfire.

An item that goes off the moment you touch it. It may shrink every other character on the screen. Tiny players suffer a reduction in their attack power and become easier to send flying. After a set amount of time, all the characters will return to their normal sizes. In the Mario Kart series, all players but the item user shrunk, and got flattened when run over.

If there is one thing I've learned from Mario Kart, it's that lightning can strike without a cloud in the sky. Picking this up will hit your foes with a character-shrinking blast of lightning, making them really easy to launch into the distance. If you get struck, you'd best run until the fight is fair again. 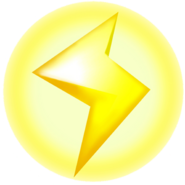 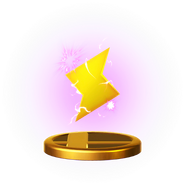 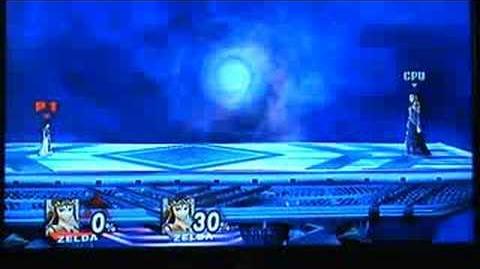