Ganondorf (Super Smash Bros. for Nintendo 3DS and Wii U)

This article is about Ganondorf's appearance in Super Smash Bros. for Nintendo 3DS and Wii U. For other uses, see Ganondorf.

Hironori Miyata
Ganondorf (ガノンドロフ, Ganondorf) is a returning veteran in Super Smash Bros. 3DS/Wii U. He was officially revealed as a playable character on October 15th, 2014, alongside R.O.B. However, he was first shown in a video leak and was officially confirmed after a live stream made from people who received Super Smash Bros. For Nintendo 3DS early.

Ganondorf currently ranks 53rd on the tier list. While avoiding the last-place spot he currently holds in Brawl, Ganondorf is still in the lowest tier. While he possesses massive strength with his attacks (such as being one of the few characters able to break a shield at full strength), he is one of the tallest and slowest characters in-game. His slow speed also hampers his recovery, which while still better than Little Mac, is still poor compared to other characters.

After completing either option, Ganondorf must be fought and defeated on Gerudo Valley.

Ganondorf is one of the strongest characters in the game in terms of raw knockback power, excelling at killing opponents at mid-low percentages easily. He relies mostly on Bait & Punish and Tech Chase tactics, having powerful moves to compensate his lack of speed. His massive power is also reflected in his weight, being the fifth heaviest in the game, meaning he is very hard to launch and can sustain high percentages before being KO'ed, sometimes exceeding 200% and still being able to return, depending on the angle he is launched.

All his attacks, save for his throws, are very powerful and have quite large hitboxes, but even with his natural high knockback power, he can still follow up many attacks. Up Aerial is one of his main combo tools, as it has fairly low strength and a good area of effect. It also has hitbox by the end of the move that sends opponents downwards; not a true Meteor Smash, but is still very useful, specially if used from behind. At low percentages, his Dash Attack can be followed up by many attacks, such as Forward Aerial, Up Aerial and Up Smash, depending on how and when it its. His Neutral Aerial, ever since Patch 1.1.3, now functions similar to Captain Falcon's, with the first hit having drastically reduced knockback and combo'ing into the second hit.

One of his best characteristics is how some of his attacks' high ending lag can be quickly cancelled, most notably his Up Smash and Back Aerial. By inputting another attack command, Ganondorf can quickly surprise opponents with another attack, such as a Forward Tilt/Smash. Ganondorf also has a good variety of moves with different knockback angles. His Up Smash deals high vertical knockback, while his Forward Tilt is notable for the horizontal knockback, and his powerful Down Aerial is the strongest Meteor Smash in the game, with a massively powerful hitbox.

Ganondorf is also a very effective edge-guarder, being one of the best in the game. His ground moves are great to punish opponents that incorrectly recover, with Forward Tilt being great against opponents with poor horizontal recovery, and his Up Tilt can punish foes attempting to recover from below. As mentioned, his Up Aerial can semi-spike opponents, while his Down Aerial is a powerful Meteor Smash.

His main tool is Flame Choke, allowing him to pull effective mindgames by doing tech chases. He can also perform the infamous "Ganoncide", where Flame Choke is used in midair to pull down enemies and Ganon himself down, resulting on both being KO'ed. In stock matches, the player performing "Ganoncide" will have the upper hand with this technique if both characters are on their final stock. In the event that it is performed when the target has taken no damage, the game classifies it as a self-destruct. This results in the enemy player/team losing 2 points, allowing the player and/or their teammates to catch up in score. "Ganoncide" is incredibly risky, and requires precise timing in order to successfully pull it off.

Ganondorf's downsides, on the other hand, is his poor recovery, one of the worst in he game. His slow speed, both on ground and air, makes this even worse, as if knocked back horizontally, he may be unable to reach the edge due to the slow movement speed. This results in Ganondorf being weak against fast-moving, high-pressure characters. He does, however, have some spacing tools that can help against faster characters, such as a well timed Wizard's Foot, his Neutral and Down Aerials and his Forward Tilt.

Ganondorf players must know when to attack, as Ganon's slow speed and size makes him an easy opponent to punish. His massive power can be intimidating, and well timed attacks can easily throw opponents off-balance.

Being the lowest Tier character in Brawl, Ganondorf received many buffs to further increase his power, as well speed and recovery. Many of the sourspots present on his moves have been buffed, meaning his damage and knockback is more consistent. His aerials all have reduced ending lag as well. He also, however, was nerfed in some extent, most notably in his Down Aerial (which now has a sourspot) and his Flame Choke (that can be teched). He is still a semi-clone of Captain Falcon

Physically, he retains the same appearance from Brawl, which is his design from Legend of Zelda: Twilight Princess. His chest now has a glowing wound which he got in that game, and his cape is more tattered. Aesthetically, all his darkness based attacks have more intense visual effects.

◾Jab – Thrusts his hand forward, emitting magic. No combo; does more damage at the limit of the range, on his palm. 6% sourspot, 8% sweetspot.

◾Up Tilt – Brings his leg up, then after a while (has as much startup as his standard special, Warlock Punch), slams his foot on the ground, causing an explosion. Low ending lag. Has a vacuum property when Ganondorf is charging. 28%

◾Very powerful, and breaks shields instantly unless the attack is perfect shielded. However, it's generally impractical outside of edge-guarding, due to the very slow charge speed, as it cannot be cancelled by the user. On the other hand, with the new ledge mechanics, the move is much more reliable to use for edge-guarding.

◾Down Tilt – Kicks low to the ground. A good follow up attack to his side special. 13%

◾Forward Tilt – An attack from Twilight Princess. Raises his leg and kicks the opponent forward. Commonly known as the "Sparta Kick". 13%

◾Ledge Attack – Pulls himself back up and backhand slaps the opponent. 8%

◾Get-Up Attack – Gets up and spins around with his leg extended. 8%

◾Up Aerial – Does a loop, kicking with both of his legs. Has very fast startup. 13%

◾Down Aerial – Slams both of his feet downwards. 19% if sweetspotted; if sourspotted, will deal less damage and launch opponents horizontally.

◾Neutral Aerial – Kicks twice in front of him. First kick has more knockback and combos into the second only at low damage. Very little landing lag. 12% and 9%, given the kicks are sweetspotted.

◾Forward Aerial – Punches downward in front of him. Powerful for an aerial. 17%

◾Back Aerial – Throws a punch at his back. High base knockback allows it to KO early near the blast lines. 16%

◾Forward Throw – Holds the enemy in front of him and punches them. 13%

◾Down Throw – Slams opponent on the ground. 7%

◾Up Throw – Holds the enemy above his head and punches him. 7%

Ganondorf, the King of Darkness and owner of the Triforce of Power, is bent on plunging the kingdom of Hyrule into ruin. Thankfully, he's usually stopped by Link before this happens. In Smash Bros., he makes up for his low speed with devastating power. The strength of his blows can knock back most opponents. Rush in when the enemy's open and strike hard!

Being the powerhouse that he is, the King of Evil is a great choice for free-for-alls. His Warlock Punch delivers a thunderous, dark-energy-fueled blow from his left hand. Unfortunately, left-handed dark-energy-fueled blows take some time to charge. You can turn to face someone as they cowardly try to hit you from behind.

The Great King of Evil who plots to steal the Triforce from the Sacred Realm and rule Hyrule. When Link reveals the secret entrance to the Sacred Realm, Ganondorf gains entry and acquires the Triforce of Power. With it literally in hand, his only concern is Link and Zelda stopping him.

Long ago, in accordance with the prayers of the King of Hyrule, the gods sealed the King of Darkness, Ganondorf, beneath a vast ocean, along with the land of Hyrule itself. But this was not the end. In the Forsaken Fortress, Link discovers that Ganondorf has returned and the legend must go on with Link himself as the new hero! 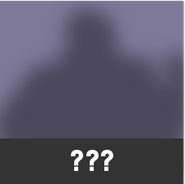 Ganondorf as he appears in the Official Website. Note that his image can't be seen well, since he is a secret character.