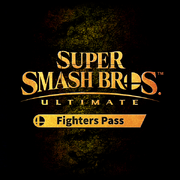 The original Fighters Pass was announced on November 1st, 2018. Volume 1 of the Fighters Pass contains five fighters, five stages, various music tracks, and a new Spirit Board associated with each individual DLC fighter. Purchasing the Fighters Pass also includes a bonus Mii Fighter Costume for the Mii Swordfighter based on Rex from Xenoblade Chronicles 2.

All of the Challenger Packs in Volume 1 have since been released as of January 28, 2020. 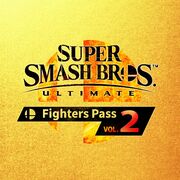 While future downloadable content was announced during the September 4th, 2019 Nintendo Direct, Fighters Pass Volume 2 was formally announced in Byleth's character presentation on January 16th, 2020. It contains six fighters, six stages, and various music tracks, and new Spirit Boards associated with each individual DLC fighter. Much like Volume 1, purchasing Volume 2 includes a bonus Mii Fighter Costume for the Mii Swordfighter based on the Ancient Soldier Gear, an outfit set that can be worn by Link in The Legend of Zelda: Breath of the Wild.

All of the Challenger Packs in Volume 2 have since been released as of October 18th, 2021.

Note: Bold denotes remix. Bold Italics denotes Spirits that were in the game prior to the Fighters Pass