This article is about Falco's appearance in Super Smash Bros. for Nintendo 3DS and Wii U. For other uses, see Falco.

After completing either option, you must fight and defeat Falco on Corneria.

Afterwards, you must fight and defeat Falco on Orbital Gate Assault.

Though Falco can still be considered a semi-clone, his moveset differs from Fox, with most animations and properties for his attacks being different. One of the most notable differences is that he's slight taller (thus having a larger hurtbox), jumping higher (to reflect his "bird" nature), running slower and having two powerful Meteor Smashes.

Much like Fox, Falco also received many nerfs, reducing his KO capacity but improving his recovery.

Ledge Attack: flips over and kicks with both legs across the ground

Get-Up Attack: Stands up and kicks on both sides

A talented pilot and part of the Star Fox team, Falco Lombardi is a big rough around the edges. He once lead his own galactic gang before joining up with Fox. In Smash Bros., his ability to jump high and deal damage in the air makes him a powerful threat, and his thrown reflector can catch foes by surprise.

Falco's Blaster looks identical to Fox's at first, but actually it's quite different! The beams Falco fires deal more damage and cause the victim to flinch, but at a slower rate of fire. Considering Falco's lineage, it's not all that surprising that he can fire faster while airborne.

Falco, the ace pilot on the Star Fox team, and Fox set out to deal with Oikonny's rebel army. However they were shocked by something completely unexpected! Was it Oikonny's amazing unmatched fighting prowess? Pfft! As if! They were surprised by a sudden attack by hive-minded alien invaders! 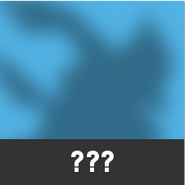 Falco as he appears in the Official Website. Note that his image is blurry, since he is a secret character.

Retrieved from "https://supersmashbros.fandom.com/wiki/Falco_(Super_Smash_Bros._for_Nintendo_3DS_and_Wii_U)?oldid=491082"
Community content is available under CC-BY-SA unless otherwise noted.