Entrance to Subspace is a stage in the Subspace Emissary of Super Smash Bros. Brawl. The level begins as the large group of characters invades Subspace.

This is a very hard level due to the Armanks, Big Primids, and a Greap. At the end is an invisible path. The door, however, isn't golden. This is a one door level that is very short yet hard on harder difficulties. Be careful as the player faces The Great Three Swarms. 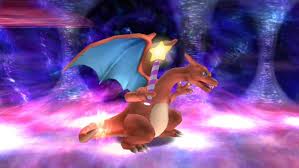 The Subspace Gunship emerges from Subspace, where the Isle of Ancients originally was. Ganondorf and Bowser test its power on an arbitrary area of water by firing the main cannon, causing a patch of Subspace to appear in the distance. Ganondorf notices a gleam of light on the horizon; the camera zooms to reveal that the Halberd is heading for the Gunship. Ganondorf waves his arm and five cannons rise from the Gunship's front end and begin firing orange blasts at the battleship. The Halberd activates its auxiliary engines and scoots under the hail of fire. Ultimately, a blast hits true and penetrates the Halberd from bow to aft. Another shot hits the port side by the center of the ship, causing it to split in half and explode violently. The Halberd begins to fragment into pieces and begins falling into the ocean before exploding violently. Heralded by the Super Smash Bros. Brawl Main Theme, four smaller ships (the Falcon Flyer, Falco's Arwing, Samus' Gunship, and Olimar's Hocotate Ship) emerge from the Halberd's explosion and press onward.

The Subspace Gunship's smaller cannons are activated, and the small crafts skillfully weave and evade heavy fire amidst a storm of lasers. A gleam becomes visible in the distance; the camera zooms to reveal it is Kirby on the Dragoon. Kirby speeds up the Dragoon and flies directly through a weak, skinnier portion of the Subspace Gunship, likely indicating that the other ships were a distraction so Kirby could do this surprise attack. The Gunship starts exploding. Realizing the battle is lost, Ganondorf and Bowser step back into Subspace as the theme transitions into a mournful tone. The four smaller ships and the Dragoon pursue them into the darkness.

Later on, Bowser and Ganondorf are seen walking in an unknown area of Subspace. Ganondorf pulls out a Dark Cannon and fires at his former ally, who falls as a trophy, and kicks him aside. Ganondorf then calls forth Master Hand, who appears before him. Ganondorf bows, but then sees that Master Hand is being controlled by the Chains of Light. He looks up further to see Tabuu, who had manipulated him the whole time. Infuriated, Ganondorf leaps up to attack Tabuu, who brings up a shield to send Ganondorf flying back downwards. Ganondorf becomes a trophy upon impact with the back of Master Hand. This action, however, releases Master Hand from the Chains of Light, and he forms a fist to fly towards Tabuu. This attack is also easily deflected with Tabuu's shield, and Master Hand falls to the ground.

All the other characters suddenly appear, ready to fight. However, Tabuu goes into his winged form and releases his Off Waves, which turn all of the characters into trophies. Tabuu then pulls together the pieces of the World of Trophies that were pulled into Subspace by the Subspace Bombs, and forms them into The Great Maze.

Retrieved from "https://supersmashbros.fandom.com/wiki/Entrance_to_Subspace?oldid=586448"
Community content is available under CC-BY-SA unless otherwise noted.