This article is about Dark Pit's appearance in Super Smash Bros. for Nintendo 3DS and Wii U. For other uses, see Dark Pit. Also, for information about the character of whom Dark Pit is a clone, see Pit (SSBWU/3DS).

Dark Pit (Japanese: ダークピット Dākupitto) (ブラックピット, Burakku Pitto, Black Pit) jokingly reffered to as Pittoo, as that was his name in Kid Icarus: Uprising, is a playable character in Super Smash Bros. for Nintendo 3DS and Wii U. He was revealed during a live stream from people who received the game before its Japanese release, though his debut in the game was hinted at in the ending of Palutena's reveal trailer.

Dark Pit is currently ranked 32nd on the tier list, tying with Pit. Dark Pit has nearly the same strengths and weaknesses as Pit, meaning that Dark Pit possesses balanced attributes and a solid combo and approach game, but lacks solid KO options.

After completing either option, you must fight and defeat Dark Pit on Reset Bomb Forest.

Afterwards, you must fight and defeat Dark Pit on Palutena's Temple.

Dark Pit is an All-Rounder, being good both on defense and offense, and capable of adapting to many situations.

Unlike most clone characters that have notable differences compared to their originals (Dr. Mario being slower and stronger than Mario, and Lucina lacking a tipper on her attacks unlike Marth), Dark Pit is virtually the same as Pit, with very few, and often overlooked differences. His most noticeable differences are in the Special Attacks. Because of that, a Pit player will have no problems playing Dark Pit the same way.

Dark Pit is a middleweight, but possesses solid ground mobility with above average walking and dashing speed, but below average aerial mobility due to a slow air speed and acceleration as well as low jumps. These attributes do not grant Dark Pit outstanding movement, but they enable him to quickly adapt to any situation.

Dark Pit's attacks are relatively balanced, being disjointed and possessing quick startup, good damage output and knockback, and relatively low end lag, granting him many options for edgeguarding, pressuring, or damage racking when the situation demands it. His combo game is strong due to his tilts being able to chain into other attacks and his smash attacks possessing good power.

Dark Pit's aerial attacks continue to reflect his balanced playstyle, being good options for spacing, damage racking, and edgeguarding. His neutral and up aerials are solid damage rackers, and his back aerial, when sweetspotted, is a powerful spacing and KO option, and his down aerial, due to being a Meteor Smash, a good approach and edgeguard option.

The main difference between Dark Pit and Pit are their Special Moves, with Dark Pit's being more offensive-based. Silver Bow is a much stronger and faster projectile, making it a potent projectile when combining its strength with its accuracy. Electroshock Arm is a more reliable KO option due to launching opponents at a horizontal angle and possessing more power. Power of Flight and Guardian Orbitars grant Dark Pit the same strengths as Pit for recovery and defense respectively.

However, like his original counterpart Dark Pit's well-roundness can be a problem, as others can easily outperform him in areas such as speed, combo options, mobility, and power. In addition, Dark Pit's KO potential, though slightly stronger with Electroshock Arm, is relatively weak and inconsistent, and must rely on his quick attacks to deal sufficient damage. Finally, Silver Bow has less range and its direction is more difficult to influence, and Electroshock Arm, Power of Flight, and Guardian Orbitars possessing the same weaknesses as Pit's Upperdash Arm, Power of Flight, and Guardian Orbitars.

Overall, players must play Dark Pit similarly to Pit, and must be capable of responding to the situation quickly and rely on approaching effectively to rack up damage and KO opponents. However, because of the increased damage outputs of Sliver Bow and Electroshock Arm, players can be more aggressive with Dark Pit, though they must be precise when using them.

Pit's mysterious, black-clad doppelgänger, Dark Pit. (Some call him Pittoo, but he really doesn't like that.) When he first appears, he immediately goes after both Pit and the Underworld Army. In Smash Bros., he uses moves a lot like Pit's, though both his bow and his Final Smash are different.

Dark Pit's Guardian Orbitars special puts up shields of light on either side of you to block attacks, deflect projectiles, and push back any enemies who are too close. You can even use the shields to protect against attacks from above and below. If they take too many hits, though, they'll vanish and become unusable for a while.

Dark Pit’s Stock icons
Add a photo to this gallery 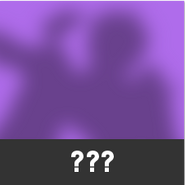 Dark Pit as he appears in the Official Website. Note that his image can't be seen well, since he is a secret character. 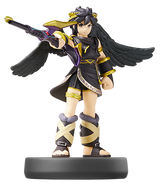 Dark Pit along with Peach and Kirby.

Dark Pit alongside with Pit and Kirby.

Dark Pit's portraits from Palutena's Guidance.
Add a photo to this gallery

Retrieved from "https://supersmashbros.fandom.com/wiki/Dark_Pit_(Super_Smash_Bros._for_Nintendo_3DS_and_Wii_U)?oldid=585894"
Community content is available under CC-BY-SA unless otherwise noted.