A blast line is a boundary on a stage that cannot be crossed without getting KO'd. They earned their name from a colourful explosion that comes off of them whenever someone crosses them and dies. Some stages have blast lines that are accessible by simply walking into them, such as the blast lines on either side of either Mushroom: Kingdom or Green Hill Zone. Most stages, however, contain blast lines on the side that are far away from any ledges, as well as upper and lower blast lines. Blast lines are the standard means of KO'ing an opponent. The only other ways to be KO'd are running out of stamina in Stamina Mode, getting crushed in The Subspace Emissary, on the Pirate Ship stage or taking damage from a hazard in The Great Cave Offensive. Also, characters can drown, resulting in a KO if swimming for too long in a body of water.

The upper blast line is different from the others in that a character can only die by crossing it while on a platform or during knockback (with the exception of the original Super Smash Bros.), or by being propelled upwards by Wario Waft or Jigglypuff's Shield Jump. A character can jump over the upper blast line without dying, as long as he isn't knocked back by an attack. This is the principle behind the Luigi Ladder, in which two Luigis rise higher and higher by trading Super Jump Punches with no knockback.

The game's camera refuses to pan or zoom enough during gameplay to actually "see" the blast lines (although the lines themselves are invisible, as can be evidenced when the camera is rotated while pausing). When a character is between a blast line and the camera's view (or above the upper blast line without dying), they will appear in a bubble and slowly take damage. This is known as hoop damage.

In The Subspace Emissary, the blast lines will not KO Player 2 if P2 is not hit by an enemy (similar to the upper blast line in normal gameplay). Player 2 will do an automatic Space Jump instead. Also, the upper blast line is stripped of its unique properties; characters don't need to be in knockback to be KO'd by it and don't fall into the background or foreground.

Items and projectiles that cross the blast lines are removed from play (except for, again, the upper blast line). A Smash Ball can freely cross blast lines until it chooses to leave. 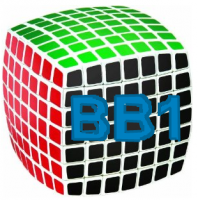