, Banjo and Kazooie's Great Adventure) is a series of 3D platformers that were developed by Rare, Ltd.

The main games of this series task the player with collecting various items in open worlds in order to progress.

Following the massive success of Donkey Kong Country in 1994, a game famous for its pre-rendered CG graphics created on Silicon Graphics workstations, the game's developer, Rare Ltd., wanted to produce more titles utilizing the advanced graphics technology. Among the new games in production was Project Dream (also known as Dream: Land of Giants), a role-playing game which was to be Rare's magnum opus on the SNES. The game starred a human boy named Edison and his dog Dinger in a fantasy/pirate-themed adventure. However, as the SNES neared the end of its lifespan and the game's size and scope increased, the game was eventually moved to the upcoming Nintendo 64.

In an attempt to appeal to a more mature audience, the game's fantasy themes were de-emphasized and its pirate themes strengthened. As development progressed, the team decided to replace Edison with a different protagonist. He was swapped for a rabbit, and eventually Banjo the bear, whom they gave a backpack to store his items. The development team soon realized their game was getting too ambitious, so they chose to retool it into a linear platformer. Soon, the concept of wings and legs sprouting out of the backpack emerged, thus birthing idea for a character living in the backpack: Kazooie the breegull. When the team saw an early build of Nintendo's Super Mario 64, they realized it would set the standard for 3D games and make their Dream look outdated in comparison, so they once again restarted its development, using Mario 64 as the basis for their new project, which eventually became Banjo-Kazooie. To help promote the upcoming title, Banjo was added as a playable character in Diddy Kong Racing.

Banjo-Kazooie was released in 1998 to strong sales and critical acclaim, with critics praising its detailed graphics, dynamic soundtrack, and improvements over the foundation laid by Mario 64. A direct sequel, Banjo-Tooie, released in 2000. While the Banjo intellectual property was initially a second-party Nintendo franchise and Banjo and Kazooie were marketed as "Nintendo characters" alongside first-party creations such as Mario and Yoshi, the property was fully transferred to Microsoft after they bought Rare in 2002. However, since Microsoft had no stake in the handheld gaming market, Rare was permitted to develop two spin-offs for the Game Boy Advance: Banjo-Kazooie: Grunty's Revenge and Banjo-Pilot.

After a long absence on consoles, a brand new game, Banjo-Kazooie: Nuts & Bolts, was released for the Xbox 360 in 2008. Though it received mostly positive reviews, it was highly controversial for its focus on building vehicles to traverse the game's worlds, as opposed to the traditional 3D platforming of the original duology. This game was followed up by downloadable HD remasters of the two N64 titles on Xbox Live Arcade, as well as Banjo and Kazooie's guest appearance in the Xbox 360 version of Sonic & Sega All-Stars Racing. In 2015, the three main installments of the Banjo-Kazooie series were included in Rare Replay, a compilation of thirty Rare games for the Xbox One comprised of ZX Spectrum, N64, classic Xbox and Xbox 360 games. Banjo-Kazooie were included among other Rare alumni such as Killer Instinct, Perfect Dark and Jet Force Gemini.

The plot of both games is fairly simple and generally revolves around the bear-and-bird duo's quest to defeat the evil witch Gruntilda. In the first game, a jealous Gruntilda, angered to learn that the fairest in the land is not her but Banjo's sister Tooty, kidnaps her to steal Tooty's natural cuteness and beauty for herself. Banjo and Kazooie set off to stop her and ultimately defeat her. The game seemingly ends with Grunty crushed under a landslide. The sequel, Banjo-Tooie, sees Grunty's sisters, Mingella and Blobbelda, attempt to revive her after she rots away into a skeleton under the rocks. The duo's friend Bottles the Mole is killed by the sisters during an attempt on their life and they once more take on Gruntilda and her hordes. Nuts & Bolts, set many years later, sees a somewhat out-of-shape Banjo and his nemesis Gruntilda (now reduced to nothing more than her skull) forced to compete in a competition set by the Lord of Games, who restores Banjo and Kazooie's original fitness (though not their skill set) and grants Gruntilda a new body. The L.O.G believes collect-a-thon platformers to be old hat and has the cast take part in vehicle-based challenges, ending in his defeat and a brief battle between Banjo and Grunty on Spiral Mountain. The L.O.G accepts defeat and restores the duo's original moves, and Banjo's old house is restored after its destruction in Tooie.

Banjo and Kazooie were a particularly popular character request for the Super Smash Bros. series as far back as the release of the original Nintendo 64 installment; on an official Japanese poll regarding characters for a potential sequel, they placed eighth, above characters such as Marth and Meta Knight. Similarly, after the release of Super Smash Bros. Melee, Masahiro Sakurai noted in response to a fan that Banjo and Kazooie seemed to be a natural fit, but it was difficult to secure the rights for characters owned by Rare.

Ultimately, the duo would be included as a DLC fighter for Super Smash Bros. Ultimate, over a decade after Microsoft purchased them along with the rest of the Rare company. Rare's official Twitter account noted the long-running demand in response to their reveal trailer and thanked Nintendo for their collaboration. In addition Phil Spencer, head of the Xbox brand, was open to including the characters in the Super Smash Bros. series for a long time, and said that doing so as part of Ultimate's Fighters Pass was an "easy decision to make" due to Microsoft's ongoing third-party relationship with Nintendo.

Games in the Banjo-Kazooie franchise

Banjo and Kazooie make no appearance in Super Smash Bros. on the Nintendo 64, but appeared on a poll held on the official website regarding a potential sequel, ranking eighth place out of 20.

Based on responses from fan questions confirming that Banjo would not be appearing in Super Smash Bros. Melee,[2] a popular rumor of Banjo being cut from the game manifested, claiming that Banjo (along with James Bond from GoldenEye 007) was planned for inclusion but ultimately cut because Sakurai could not secure the rights from Rare. However, Sakurai only said that the characters would be difficult to include, not that he had planned to include them.

Banjo & Kazooie were confirmed in a Nintendo Direct at E3 to be represented as a DLC Fighter for Super Smash Bros. Ultimate alongside with the Hero from Dragon Quest. 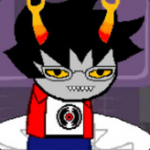 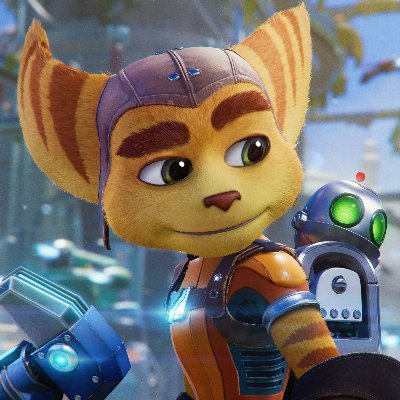 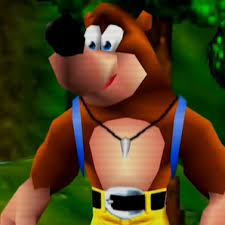