Bowser Jr., Dr. Mario, and Olimar were released in Japan on July 30.

While the three Mii Fighters are sold separately in other countries, all three will be sold exclusively in a 3-pack in North America, which launches November 1. In addition, Mewtwo will be released on November 13, with Falco following a week later on November 20.

Mii Swordfighter
Add a photo to this gallery

It has been confirmed that amiibo will be released for all future DLC characters. Amiibos for Lucas, Roy, and Ryu have already been developed. 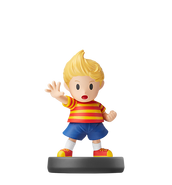 Silver Mario
Add a photo to this gallery

Mega Yarn Yoshi amiibo
Add a photo to this gallery 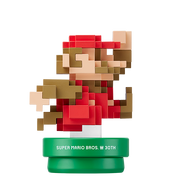 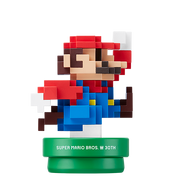 Modern Color
Add a photo to this gallery

Mega Man Gold Amiibo was revealed during the 11/12 direct. It can be used for any game, including Super Smash Bros. , which is compatible with a Mega Man Amiibo. It was later confirmed that this is a part of the SSB amiibo lineup. 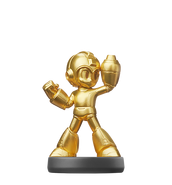 The R.O.B. Figure is different based on the region he is from. His Amiibo colors match his regional artwork. Famicom R.O.B. was shown to be released in North America as well as the NES Color already released. http://amiibo.wikia.com/wiki/User_blog:Crash100/Amiibo_Leaks:_Roy,_Ryu,_JP_R.O.B._%26_New_Animal_Crossing_Figures https://www.youtube.com/watch?v=NhZNODgliL0 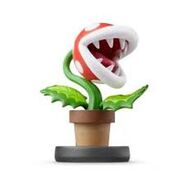 Retrieved from "https://supersmashbros.fandom.com/wiki/Amiibo?oldid=504352"
Community content is available under CC-BY-SA unless otherwise noted.