Smashpedia
Register
Don't have an account?
Sign In
Advertisement
in: Characters, Playable Characters, Super Smash Bros. 3DS/Wii U,
and 8 more

Official artwork of Alph in Pikmin 3

Koppai
Alph (アルフ) is one of three explorers in Pikmin 3. He wears a spacesuit with a blue lapel, has teal-colored hair similar to Captain Olimar's in shape, an average sized nose, and freckles on his cheeks. 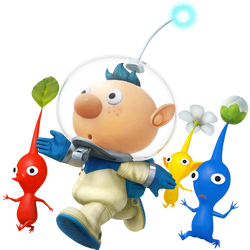 Alph appears as a palette swap for Olimar in Super Smash Bros. for Nintendo 3DS and Wii U, replacing Olimar's White and Black costumes. Unlike other palette swap characters, like Peach's Daisy outfit, his name will be visible instead of Olimar's. 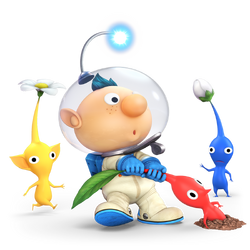 Alph returns as a palette swap for Olimar in Super Smash Bros. Ultimate.