First introduced in Melee, All-Star mode is unlocked by unlocking all of the characters in the game. In this mode, the player fights through every character in the game with one life.

Between matches, the player enters the Rest Area. Here, there are three Heart Containers, which are the only way to regain health. Random trophies also appear after every 3 battles. Although there are a total of 13 battles in this mode, up to 4 trophies can appear.

The characters appear in a random order on each play-through, with the exception of Mr. Game & Watch, 25 of whom are always the enemies in the last fight. Finishing the mode will earn the player the Smash Blue trophy of the character that they are playing.

The stages are based on the opponent's home stage. If there are two or more opponents, the stage will be based on the first opponent's home stage. Some characters don't have an exact home stage and therefore use others. However, these characters will have more appropriate music playing based on their own universe (except for Ganondorf, for whom the normal music for Brinstar Depths will play). For example, Young Link uses Jungle Japes as his home stage, but the music that plays when fighting will be Saria's Song from The Legend of Zelda series.

If the music is different from the stage's default theme, that music will be listed in bold and in brackets on the list below. The home stages for each characters are:

Bold denotes a track that will not play on that stage in Versus Mode.

All-Star mode returns in Brawl, and once again needs to be unlocked. It is mostly unchanged from Melee. The player still gets 3 Heart Containers, a random trophy every three stages (up to 6 are collected, however they will not appear as a question mark if the game is paused), and must fight through every character in the game. The player still only has one life, and they do not regain health between matches without a Heart Container, although the player can now enter the teleporter without having to wait for their health to fully recover.

However, instead of the matches having a progressively large enemy team, the opponents are based on the first game in their series to be released (in Japan). As such, the players will always fight Mr. Game & Watch first, and Olimar last. The highest count of enemies on the stage at a time is two. When a series has more than two opponents, a new fighter will appear a few seconds after the player KOs one of the opponents. This means that stages for Kid Icarus, Ice Climber, and Pikmin will be easier than Mario, Legend of Zelda, and Pokémon. In the latter's case, there are a total of six opponents, as the Pokémon Trainer will send out each Pokémon separately. On the Metroid stage, the player may randomly battle either Samus or Zero Suit Samus, and on the Zelda stage, they may battle either Zelda or Sheik.

Another note is that the player doesn't fight a team randomly, but on stages with multiple opponents, the order of the opponents is random. This essentially means that while the mode is always in a set order, on stages like the Mario universe, multiple characters will be fought in any order.

The stage the player fights each character on will be a home stage from Brawl (Past Stages are excluded), randomly selected if there is more than one (Battlefield and Final Destination are not considered home stages). Unlockable stages will not appear unless the player has unlocked them. Mario Bros. is R.O.B.'s home stage and does not appear as a Mario home stage; if Mario Bros. has not yet been unlocked, R.O.B. will appear in Delfino Plaza instead.

This is the order in which each 'Universes' are fought in All-Star Mode:

Italics denote unlockable stages that the player is not guaranteed to have upon unlocking the mode.
*If Mario Bros. has not been unlocked.

Clearing the All-Star takes about 5–20 minutes depending on the character used, the player's skills, and the difficulty setting chosen.

As a reward for completing this mode, the player will earn a trophy of their character using their Final Smash. Additionally, the player will see an interesting congratulatory picture that plays according to what their fighter is. For example, for Snake, it shows Snake in his box with Zero Suit Samus and other various bounty hunters looking for him.

In Brawl, All-Star mode may be played with up to 2 players. When playing Co-op, the player receives a total of 5 heart containers, but if either player dies, the player will get game over. The opponents are the same until the last battle, where the players face 2 Olimars instead of one (a possible nod to Louie from Pikmin 2). One advantage of playing All-Star with 2 players is that if the players both are 2 different characters, beating All-Star will get them the Final Smash trophy for both characters at the same time.

Note: Obtaining Final Smash trophies through Co-op will not clear the Challenges for All-Star Mode, such as clearing it with ten characters.

The All-Star Mode returns once again in Super Smash Bros. for Nintendo 3DS, now unlocked from the start. However, it will be incomplete until the player unlocks every fighter. Until then, the player can only fight the characters that they have available. On the bottom screen, a padlock indicating that the mode is still incomplete will be present. All the characters will appear in their chronological order, starting from the oldest (Mr. Game & Watch), to the newest (Corrin). The new rest area resembles the background of the Battlefield stage.

In Brawl, the music is a light, relaxed remix of Brawl's main theme.

In 3DS/Wii U, the music is a light, relaxed remix of 3DS/Wii U's main theme. 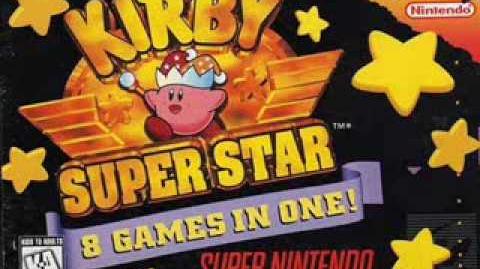 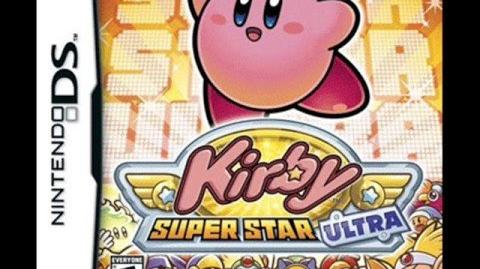 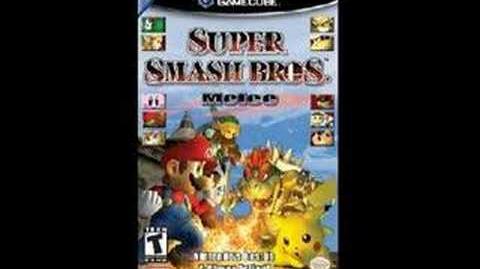 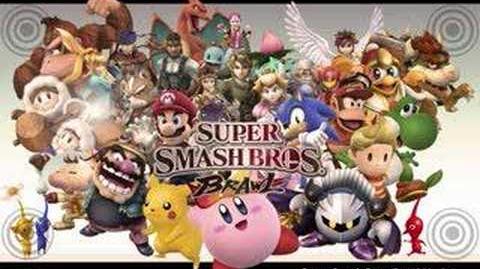