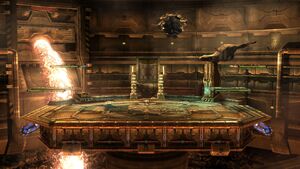 The Pyrosphere is a stage appearing in Super Smash Bros. for Wii U and is based on the location with the same name from Metroid: Other M.