Expecting Smashpedia: Subspace Emissary Part 13? Too Bad, Waluigi Time! (I'm sorry, I had to do it)

Waluigi's default skin will be his appearance in Mario Tennis Aces with his overalls as his alt.

-Forward Tilt: Waluigi swings his Tennis Racket in front of him

-Down Tilt: Waluigi stomps the ground multiple times which can bury enemies close enough as a homage to his Assist Trophy days

-Dash Attack: Waluigi dashes with his Tennis Racket in front of him

-Trip Attack: Waluigi swings his Tennis Racket back then forth

-Ledge Attack: Waluigi thrusts his Tennis Racket while getting up

-Forward Smash: Waluigi swings a Baseball Bat with the tip of the Bat being a Sweet Spot

-Forward Aerial: Waluigi swings his Tennis Racket in front of him

-Back Aerial: Waluigi swings a Hockey Stick behind him

-Down Aerial: Waluigi throws a Dice Block downwards. It is a Meteor Smash

-Grab: Waluigi grabs the enemy with his free hand

-Pummel: Waluigi smacks the enemy with his Tennis Racket

-Forward Throw: Waluigi kicks the enemy like a Soccer Ball

-Back Throw: Waluigi hits the enemy with a Golf Club sending them backwards

-Up Throw: Waluigi punches the enemy underneath like a Dice Block

-Down Throw: Waluigi dribbles the enemy like a Basketball

-Side Special - Trick Shot: Waluigi starts to Moonwalk. If he touches an enemy, an enemy projectile, or his Tennis Ball, Waluigi will hit it, sending it the other way.

-Up Special - Warp Block: Waluigi pulls out a Warp Block and warps upward, when he cones out of it, he will swing his Tennis Racket

-Down Special - Bob-Omb Throw: Waluigi pulls out a Bob-Omb and throws it. It has a 20 second cooldown and it's weaker than the Bob-Omb item.

-Final Smash - Special Shot: Waluigi uses his Special Shot from Mario Tennis Aces. Use the control stick to aim and then Waluigi will throw out a powerful shot that deals big damage and high knockback

-Up Taunt: Waluigi laughs like in his Assist Trophy entrance

-Down Taunt: Waluigi Moonwalks on the spot

-Waluigi will appear in his Kart but it explodes, sending Waluigi forward

-Waluigi busts out his Dance Moves

-Waluigi will do his entrance from Super Mario Strikers

-A Super Mushroom, like all other Mario reps with the exception of Donkey Kong, Yoshi, Diddy Kong, and Wario as they represent their own series

^Do you USE MegaMan?

No I don’t use Mega Man

Yes he does use Mega Man

Hes trying to prank you

This is my roster 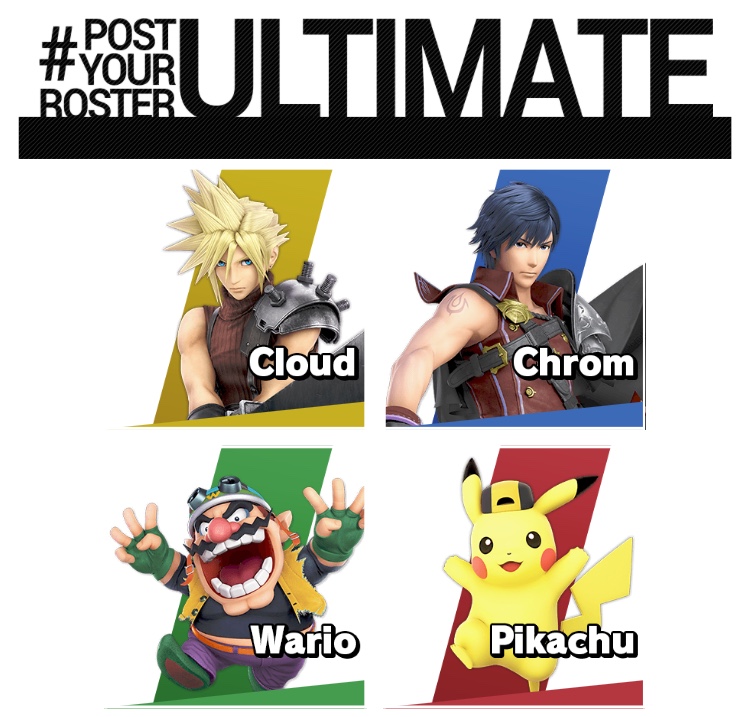 That yellow guy is obviously MegaMan.

Done it (For real)

Smashpedia: Subspace Emissary: The Cave | FANDOMPrevious Episode:…supersmashbros.fandom.com
0
Is this one of those role-play things? Or is it just a story? Because I have noticed that story's on fandom have a lack of quotation marks and a proper ending to a sentence such as, "They said" "He said" ect. Instead, this seems the more popular way to indicate that someone is talking. >> : << Bravadola: Why is that?
1

It's not a roleplay.