What's on your mind?

Ok, so I’ve been playing smash for awhile, and I have 2 mains: Little Mac and Ganondorf. However, I want to see if there is someone better for me.

Here’s what I’m looking for:

I am not willing to get DLC, and the ones I have are terry, min min, joker, and Sora.

It isn’t even that complicated 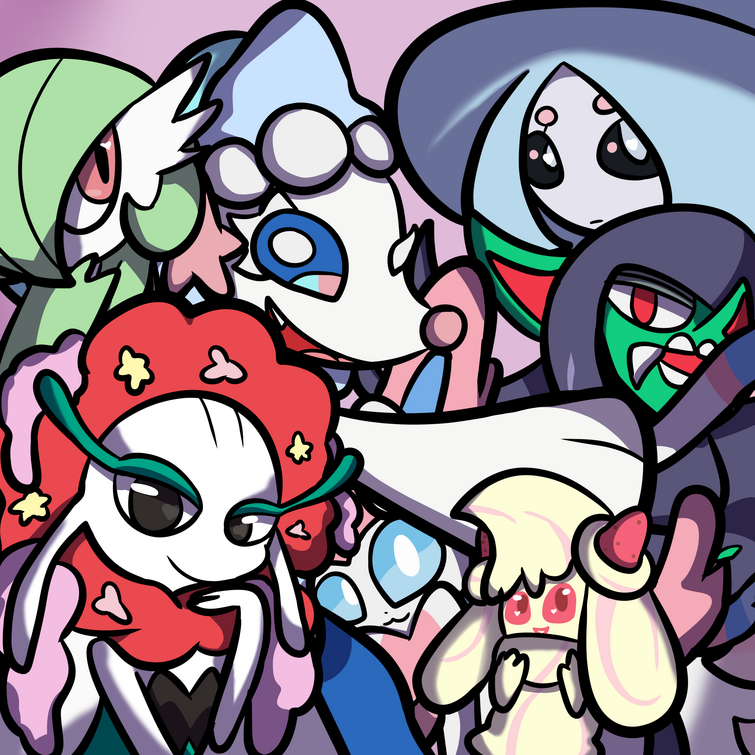 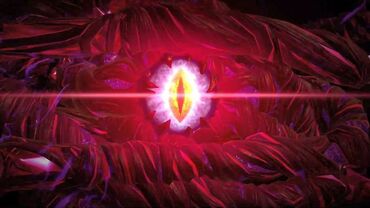 Celestial demon that can destroy the universe 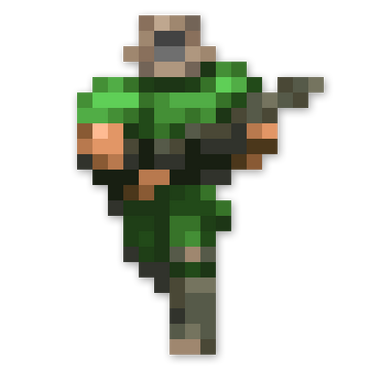 Kirby with a copy ability: 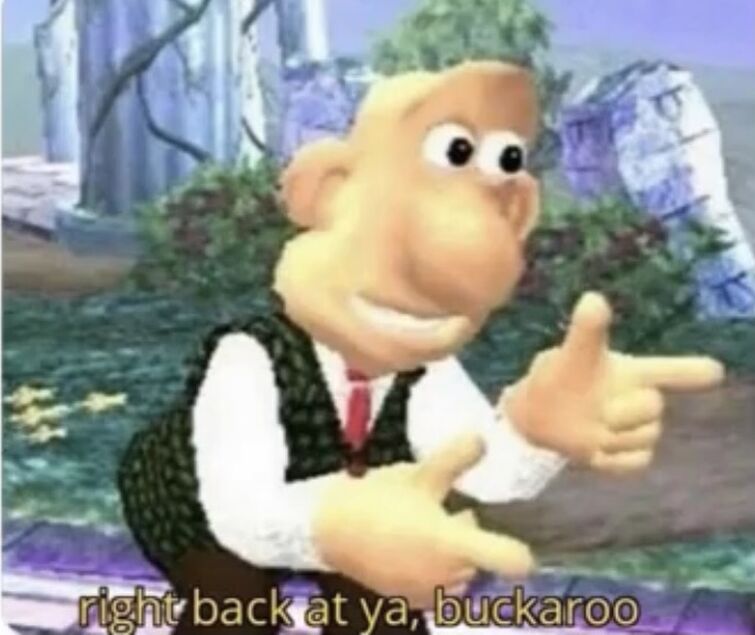 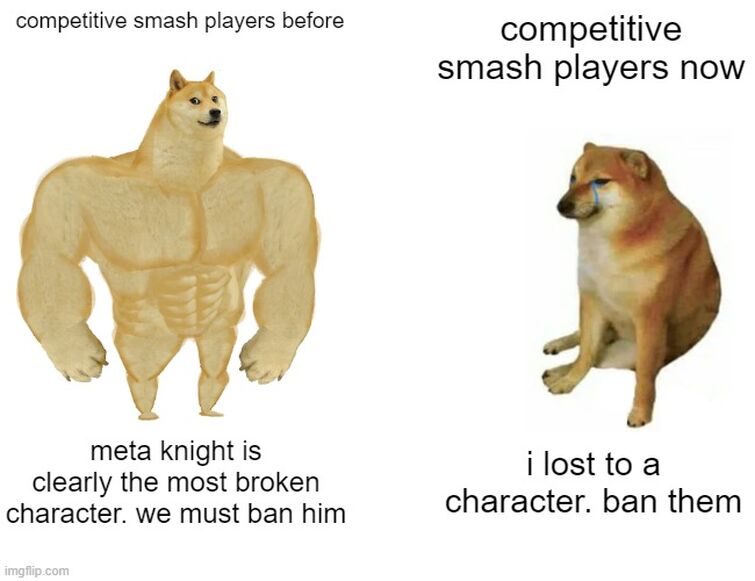 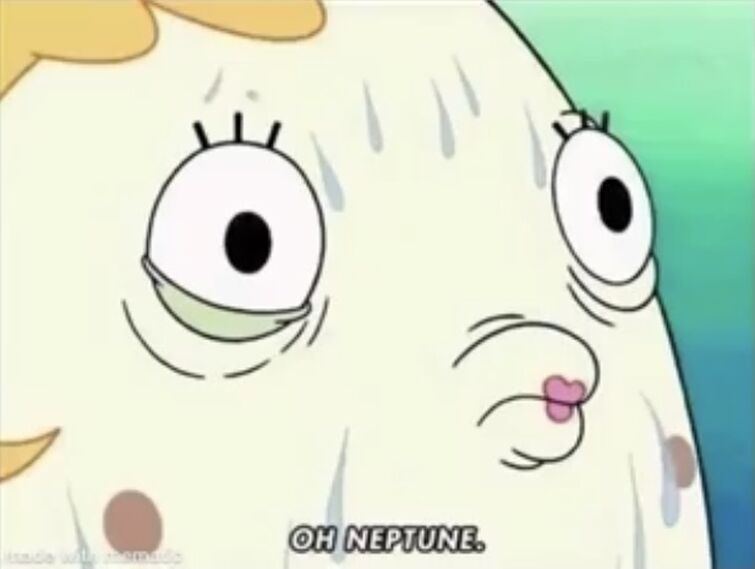 I just beat a level 9 Kazuya CPU twice in a row. I did down-b suicides with Kazuya the first time, in which he couldn't recover from, and on the last stock we had a real match, meanwhile on the second time, I just used Incenaroar side-b until he got to a killable percent, in which I used a smash attack.

It may not sound impressive, but to someone who could only beat Level 6 CPUs, it was an achievement. 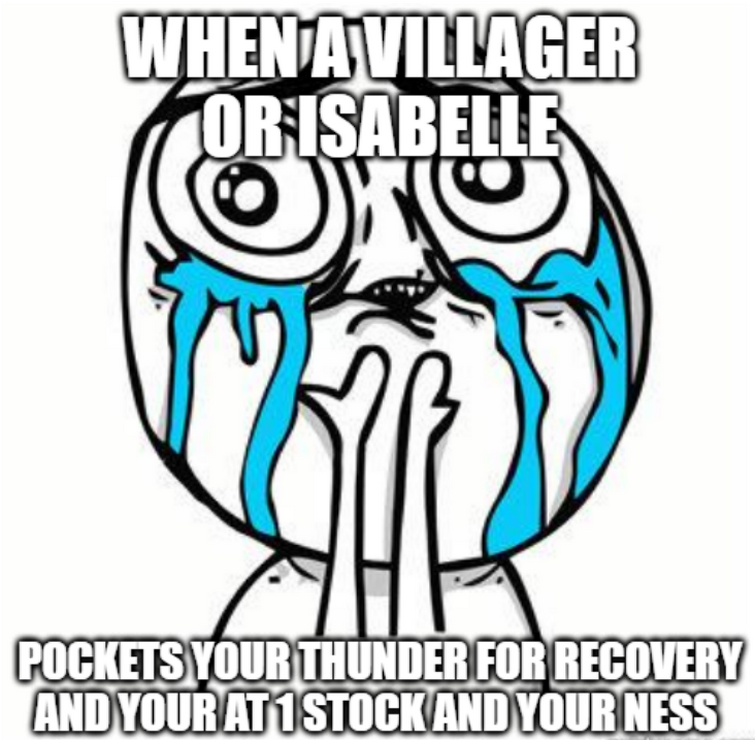 I going to make a fanfic based on my favorite Disney movie, chip n dale rescue rangers (2022)

Story: Mario and Luigi were simply Brooklyn plumbers that had parted ways after their latest game installment, reconnecting only after a slew of kidnappings plagued some forgotten video game mascots including rayman.

Jigglypuff can put people into a deep sleep. Kirby can do the same with the mike ability.

The people Jigglypuff puts to sleep eventually wake up

Daisy
Chrom
Byleth
Min Min
All of Them

I should've realized about this years ago. But most of the Final Smashes in Ultimate are just pretty bland compared to the older Smash games, Smash 4 and Brawl.

You see, here the fun, controllable, and slowly final smashes listed from Brawl and Smash 4.

Pikachu's volt tackle, get to full control that around the stage.

Bowser transforming into Giga Bowser, you get to play as him and deal destructive damage for a quick amount of time.

Fox/Falco/Wolf's landmasters, driving around the stage, shooting, and propelling fighters to the top doom.

Wario becoming Wario-Man of course. Move around, drive those enemies off your stage.

Despite ZSS transforming into her Power Suit was very uniquly awesome in Brawl. It made it more fun in Smash 4, get to laser people for a few shots, ain't that something?

Meta Knight's final smash gives off the feeling of dark evil. Hide them under a cape, screen turns black, and the slash. Thrilling.

Lucario's final smash in Brawl was nevertheless epic. His "Watch the power of aura!", was pretty scary and epic, and then he unleashes his final smash battle cry. Smash 4 on the other hand, wasn't good as Brawl, but the only redeeming quality is that he transforms into Mega Lucario, and you get to enjoy him like you did similar with Wario Man.

Donkey Kong's Konga Beat. Simple, get to the middle of the stage, do the final smash. So you can create your own barrier in the center of the stage.

Diddy Kong's Rocketbarrel Barrage "HE CAN FLY REAL HIGH WITH HIS JETPACK ON, WITH HIS PISTOLS OUT, HE'S ONE TOUGH KONG!".

Little Mac becoming Giga Mac in Smash 4, roam around the stage against any fighters, and rack up as many KO's as you can within a few seconds.

And that's all I could think of. No kidding, these final smashes in Brawl and Smash 4 were pretty fun to use. It adds such a playful style to it. Slowly and surely awesome.

Pikachu's volt tackle in Ultimate, it's non-controllable anymore. You catch and opponent one with that final smash, watch Pikachu automatically do damage in a close up area, and that's it.

Bowser's final smash is painfully bland. Transform, do a Giga-Bowser punch once, and get amounts of KO's with that punch. To me, I don't think it's even that worth it anymore.

Remember driving landmasters with the Star Fox fighters, sucks you can't do that anymore, because their final smashes are totally cinematic now. Catch them in the crosshair, watch the cinematic cutscene, and watch them go flying.

Yoshi's final smash is basically a reference to the opening of Smash Melee, were a herd of Yoshis just running.

King Dedede, why make King Dedede become Masked Dedede and make it a cinematic final smash when you can just make him Masked Dedede, and simply control him around the stage, dealing power damage and knockbacks?

ZSS is the least boring out of all of those, but to me it's just not as good as Smash 4. They should've KEPT that gunship final smash from the previous smash game, not another zero laser.

Super Sonic, not controllable like the previous games anymore. Instead he flies rapidly horizontally, and you can change his direction up or down. To me, I consider this is one of the worst changes they've made to his final smash.

I'm glad they returned Lucario's Aura Storm from Brawl, but what deprives me is that he does not let out a battle cry like he did in Brawl.

Instead of controlling Giga Mac, they changed his final smash to straight up Donkey Kong's new final smash (Jungle Rush) in Ultimate.

Diddy Kong's rocketbarrel, he gets supersonic around the stage, then targeting a random player and does the final blow.

Jigglypuff's puff up in Ultimate is just fast-fowarded and doesn't get the full feeling of the puff up sound effect.

Why did they seriously had to remove Pit's three sacred treasures in Ultimate? Controlling the crosshair and striking players with one shot (Lightning Chariot) is totally bland.

In conclusion, despite the final smash being more controllable, fun, destructive, slowly in Brawl and Smash 4. Final smashes in Ultimate disastify me. They literally toned them down, making it fast, one-and-done and cinematic. I was even having thoughts about playing Ultimate less, and play Brawl more.

Have Sonic Join Your Party In The Subspace 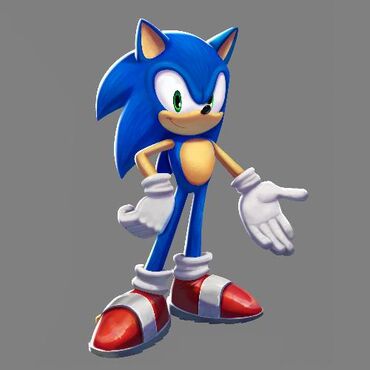